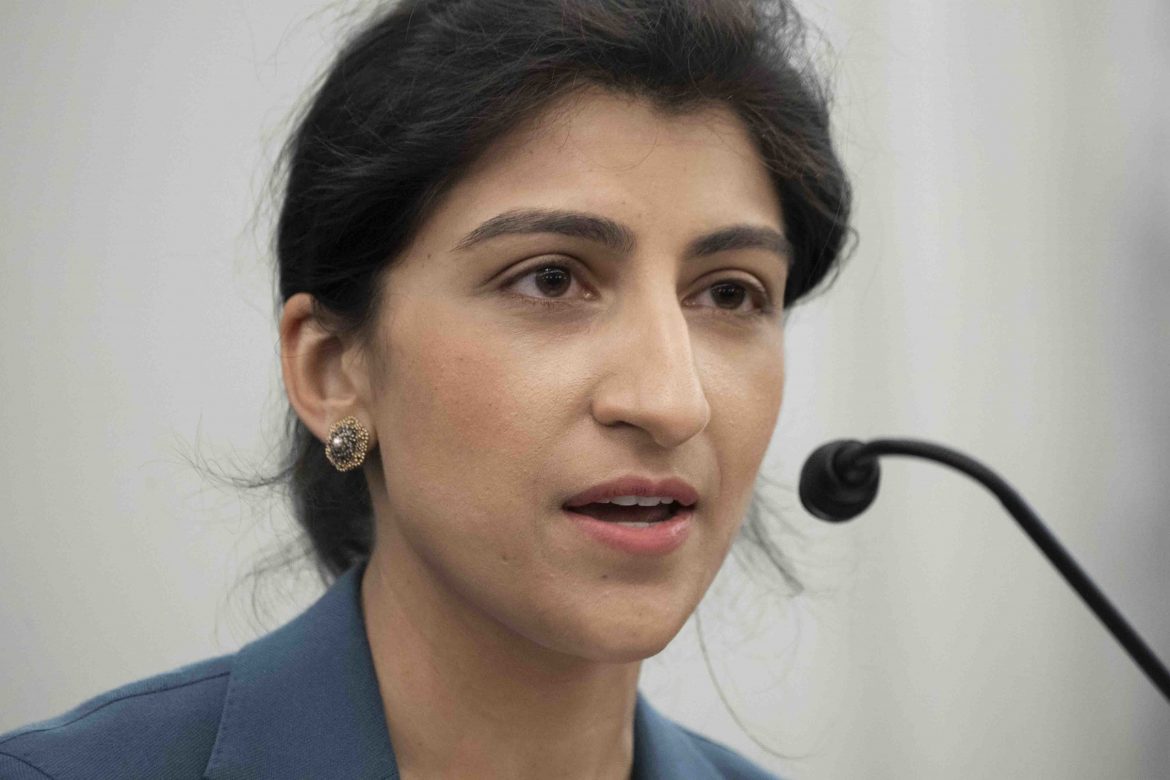 US President Joe Biden on Tuesday installed an energetic critic of Big Tech as a top federal regulator at a time when the industry is under intense pressure from Congress, regulators and state attorneys general.

The selection of Pakistan-origin legal scholar Lina Khan to head the Federal Trade Commission (FTC) is seen as signaling a tough stance towards tech giants Facebook, Google, Amazon and Apple. Khan was sworn in as FTC chair just hours after the Senate confirmed her as one of five members of the commission on a 69-28 vote.

According to The New York Times, Khan was born in London to Pakistani parents who emigrated to the United States when she was 11.

Khan has been a professor at Columbia University Law School and burst onto the antitrust scene with her massive scholarly work in 2017 as a Yale law student, “Amazon’s Antitrust Paradox”.

She helped lay the foundation for a new way of looking at antitrust law beyond the impact of big company market dominance on consumer prices. As counsel to a House Judiciary antitrust panel in 2019 and 2020, she played a key role in a sweeping bipartisan investigation of the market power of the tech giants.

At 32, she is believed to be the youngest chair in the history of the FTC, which polices competition and consumer protection in industry generally as well as digital privacy.

“Lina brings deep knowledge and expertise to this role and will be a fearless champion for consumers,” Senator Elizabeth Warren, who has called for tech industry breakups, said in a statement.

“Giant tech companies deserve the growing scrutiny they are facing, and consolidation is choking off competition across American industries. With Khan at the helm, we have a huge opportunity to make big, structural change by reviving antitrust enforcement and fighting monopolies that threaten our economy, our society and our democracy.”

Khan also was a legal adviser to Rohit Chopra, an FTC commissioner, and was previously legal director of the Open Markets Institute, an organisation that advocates against corporate concentration.

“It is a tremendous honour to have been selected by President Biden to lead the Federal Trade Commission,” Khan said in a statement. “I look forward to working with my colleagues to protect the public from corporate abuse.”

I’m so grateful to the Senate for my confirmation. Congress created the FTC to safeguard fair competition and protect consumers, workers, and honest businesses from unfair & deceptive practices. I look forward to upholding this mission with vigor and serving the American public.

Biden said as a presidential candidate that dismantling the big tech companies should be considered. He has also said he wants to see quickly crimped the social media companies’ long-held legal protections for speech on their platforms.

Biden in March appointed Tim Wu, also an academic expert on antitrust and industry critic, as a special assistant to the president for technology and competition policy within the National Economic Council.

Wu, like Khan a Columbia law professor, has been a senior adviser to the FTC and a senior enforcement attorney in the New York attorney general’s office.

The tech industry, once lionised by lawmakers and presidents as an engine of innovation and jobs, has seen its political fortunes eroded in recent years. Calls have been rising to break up the Silicon Valley giants.

Lawmakers of both parties champion stronger oversight of the tech industry, arguing that its massive market power is out of control, crushing smaller competitors and endangering consumers’ privacy. They say the companies hide behind a legal shield to allow false information to flourish on their social media networks or to entrench bias.

Last fall the Trump Justice Department, joined by states, filed a ground-breaking antitrust lawsuit against Google, accusing the search giant of abusing its market dominance to stifle competition. That was followed in December by another big antitrust suit, brought by the FTC and an array of states.

Amazon and Apple are under scrutiny by antitrust enforcers at the Justice Department, now in Biden’s purview, and the independent, bipartisan FTC. Twitter has joined Facebook and Google in facing frequent run-ins with lawmakers over its policies for moderating content on its platform.

A bipartisan group of House lawmakers, animated by the results of the Judiciary panel investigation of Facebook, Google, Amazon and Apple, proposed sweeping legislation Friday to rein in Big Tech, possibly forcing the giants to break up their businesses while making it harder for them to acquire others. Those kinds of mandated breakups through a legislative overhaul would be a radical step for Congress to take and could be a bridge too far for some Republican lawmakers.

Some Republican lawmakers have denounced the new school of antitrust thought, championed by Khan and Wu and gaining currency among Democrats, that looks beyond the impact of big-company market dominance on consumer prices to its broader effects on industries, employees and communities.

The school is called “hipster antitrust” by its detractors. With this approach, Democrats are seeking to use antitrust law not to promote competition but to advance social or environmental goals, the Republicans contend.