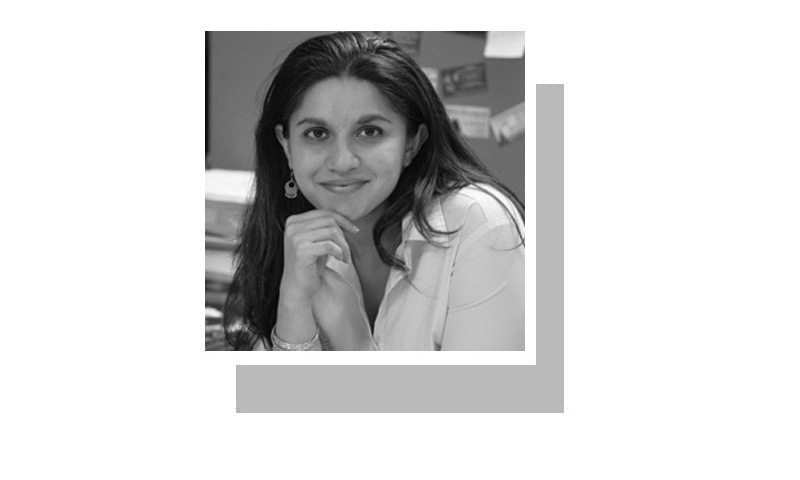 THE World Economic Forum recently released the Global Gender Gap Report, 2022. The report quantifies how big the gender gap is in areas including educational attainment, economic participation, health and political empowerment. The news is predictably awful. Pakistan is placed second last. Out of the 146 countries ranked on the index, Pakistan is at 145, doing marginally better than Afghanistan.

The news should not surprise anyone. The horror and discomfort of being female in a country of men has been lamented ever since Pakistan came into existence. The gaps are huge — and if one has an appetite for exactly how huge, the report is helpful. If you would like a taste for the numbers they are truly forbidding. Take education: Pakistan is one of 16 countries in the world where secondary school enrolment has a gender gap of greater than 10 percentage points. Education figures for females in Pakistan rank among the worst anywhere — we are in the company of many Sub-Saharan countries.

It is also worth noting that while Western nations are held up as examples of gender equality in education, there are a host of other nations, such as those in South America, that also offer equal opportunities to males and females in education. This should be of note for those who say that the indices are structured in a way that ensures the supremacy of Western countries. Clearly, real data is not biased in favour of Western democracies.

The statistics for the section on ‘health and survival’ present an even grimmer picture. While most of the countries in the world have closed their gender gap and many have actually reached complete gender parity, Pakistan once again is a cautionary tale. Along with China, India, Azerbaijan and Qatar, Pakistan has a gender gap of over five per cent in this area. According to the World Economic Forum, part of the reason for this gap is the “son preference” in such countries. This means that the natural ratio of male to female births is artificially altered by either aborting female foetuses or because of neglect of and lack of care for female infants, resulting in their death before they reach the age of five years.

The horror and discomfort of being female in a country of men has been lamented ever since Pakistan came into existence.

In such countries, there is an unnatural ratio between men and women. Percentages by themselves may not capture the picture; the actual impact lies in the numbers — millions of women are ‘missing’, killed or allowed to die before they have had a chance to live. The cumulative number of ‘missing’ women in Pakistan, India and China was estimated to be around 142.6m in 2020. This number, according to an earlier report, is “twice as much than in 1970 when the number of missing women was estimated at 61m”.

Globally, however the disparity is also dismally large with a gender gap seen in virtually all countries on this index. The lowest scorers, along with Pakistan and Afghanistan, include Iran, India, Egypt and Saudi Arabia. Sadly, according to the 2022 report: “Pakistan is the country where women have the smallest share of senior, managerial and legislative roles (4.5pc), compared to Jamaica, where women represent 56.6pc of workers in that category, or Togo, which has the highest share of women in senior roles, at 70.1pc.”

Finally, women are being deprived of political empowerment as well. Worldwide, gender gap on this index is said to be the widest among the four categories on which performances are judged — the others being education attainment, health and economic opportunity. It must be said that, as compared to its score on the other categories, Pakistan has done somewhat better here by not being rock bottom. It has been ranked 95th. But, judging by the gender gap in parliament and ministerial positions — and the fact that women in the more conservative areas are held back from voting — there is great scope for improvement.

A few things can be gleaned from the fact that Pakistan always scores poorly on indices related to gender. First, it appears that no one in Pakistan, including many women, seem to care about women’s dismal position. In fact, some educated working women are so harassed by men, their families and society in general that they have no energy left to challenge their detractors. Women lawmakers on quota seats are there because their husband or father or uncle or nephew or some such has had them appointed. These lawmakers have done little to help the situation of women in the country other than perhaps demanding that one of the innumerable parliamentary commissions create an impression of concern. The outcome of such disinterest is sometimes used to convince foreign governments to give money for projects that are supposed to help Pakistan’s hapless women.

Most educated women in Pakistan know that unless you have government or family connections that are solid enough to provide protection from harassment and appointments to cushy positions, the entire project of becoming an independent woman is a fantasy. Instead of being able to work to make things better, those who can, leave for foreign shores where they can work without having leering and harassing men make every day a living hell. In this way, much of Pakistan’s best talent is lost. Those battling it out in Pakistan deserve special credit for their courage and for representing the fact that if it were not for Pakistani men, who create hurdles for them, Pakistani women would be doing so much better.