Economic inclusion of women: nothing will change until we do

Home Economic inclusion of women: nothing will change until we do 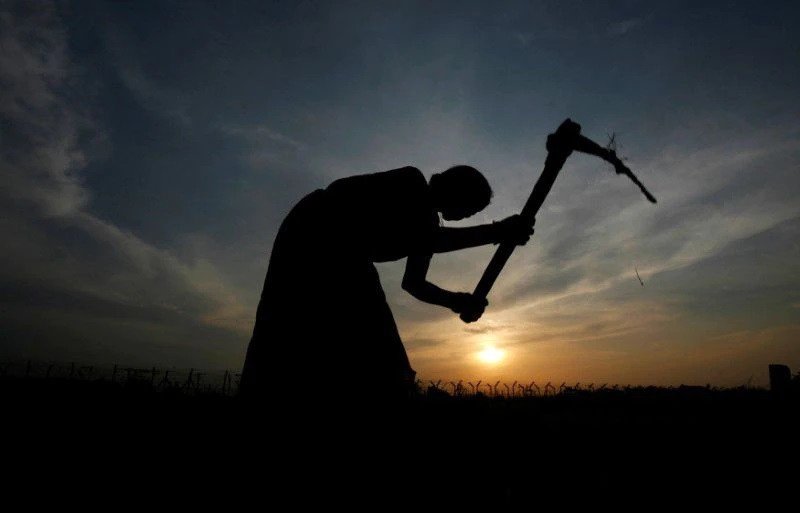 Economic inclusion of women: nothing will change until we do

By Mohsen Siddiqui
Published in The Express Tribune, November 08, 2021

Imagine keeping a third of your team out of the ground in every game while you are trying to win a championship. Sounds absurd, doesn’t it. Well, this is exactly what we do with the women of our country when we keep 75% of them out of the labour force. One of the main reasons for this absurdity is the lack of permission from the male members of a family to let women step out of the house and indulge in paid work as per the policy brief on female labour force participation in Pakistan by the Asian Development Bank (ADB). This is where the problem begins, and this is what we need to address.

Martha Nussbaum, a prominent American Philosopher in her book ‘Women and Human Development – the Capabilities Approach’ refers to such intimidation by the family as one of the impediments for supporting fundamental functions of a human life which ultimately leads to women developing unequal human capabilities. By robbing women of choice, we create unequal human beings. The fact that women put in more hours in the unpaid work of raising a family and taking care of the household even when they are working full time is termed as a ‘double day’ by Nussbaum, which takes a toll on their emotional well-being as they do not get sufficient space for cognitive development (Nussbaum 2000). One would be surprised by how relevant these ideas are expressed over 2 decades ago to the world we live in today. In a recent conversation about female empowerment by three of the most accomplished women in the world i.e. Christine Lagarde (President of European Central Bank), Janet Yellen (US Secretary of Treasury), and Ursula von der Leyen (President of EU Commission), it was highlighted that during the rush-hour of life – when young couples are starting their careers and families – more women stay back to take care of households and being parents than men who continue to be both parents and professionals. This is even the case for Europe – which is one of the most developed regions of the world – where even though a much higher percentage of women acquire tertiary education than men, their employment rates are lower. Even in Pakistan, comparatively, we see a higher proportion of women in higher educational institutions than places of employment.

It is also given that economically excluded women will remain financially excluded as well because they would not have any personal economic means to indulge with the financial system. Even when women create economic opportunities for themselves while staying within the bounds of their household, our financial system makes it very difficult for them to meaningfully engage with it. Traditional banks continue to intimidate women irrespective of their social strata and refuse to accept the dynamic landscape of income generation in the country. This makes even the most menial tasks of opening a bank account a challenge, let alone moving towards other financial products related to investing, insurance, etc. In this regard, the State Bank of Pakistan’s new policy initiative to improve gender diversity is a step in the right direction. More women employed at financial institutions will encourage women to engage with the financial system. However, we still need to address the ‘permission mindset’ issue which will continue to exist even if we push for women’s education and skill development and arm-twist organisations to employ more women. The fact remains, these are all supply-side factors while the demand will continue to be suppressed.

One of the initiatives that can help improve female participation in the labour force is by incentivising men. For instance, there can be income tax breaks for couples who are both working professionals. Such tax benefits could also be extended to immediate male members of a family if female members are using any financial products such as insurance, mutual funds, stock market investing, etc. Moreover, financial institutions could offer fee discounts to their male customers if they were to get the female members of their family to open bank accounts or avail themselves of one of the financial products/facilities offered by them. In addition to creating the external environment, incentivising men to not withhold women from paid work can make a significant difference.

We can even draw inspiration from the path-breaking work of behavioural economists Richard Thaler and Cass Sunstein – ‘Nudge’ theory – and employ indirect suggestions to influence behaviour. Nudge Lebanon – an accelerator lab in Jordan based on this theory – used a digital ‘nudge’ campaign titled ‘Our Home, Our Responsibility’ to influence male behaviours in the household during the onset of the COVID-19 pandemic, this campaign was later adopted by UNDP in India where they saw this as a good change on social media platforms where most of the conversations surrounding women were based on the objectification of women rather than actual issues.

Pakistan is currently facing one of the largest populations of young people ever recorded in its history with around two-thirds of Pakistanis under the age of 30 while around a third in the age bracket of 15-29 years. The country also has a high tele density of over 84% with more than 104 million broadband and 102 million 3G/4G subscribers as per PTA. Our young demographic is also social media savvy as there are over 46 million social media users. According to a popular social media management platform Hoot Suite, in 2020, Facebook, Instagram, WhatsApp, and LinkedIn were amongst the top 20 websites visited by Pakistanis with over 60% of people who visited Facebook, Instagram, and WhatsApp were between the ages of 18-44. These statistics indicate that if there was ever a time to adopt digital nudging for public policy initiatives it is now, especially for influencing the behaviour that restricts women from labour force participation.

In conclusion, the only choice women have in our society when it comes to economic participation is choosing between a family or a career. We need to realise that every individual should have the opportunity to have both. It is only if as men we pick up some of the unpaid hours of work concerning taking care of children and the household, more women will have the space to indulge in paid work and lead better emotional lives. All of us have the right to be both parents and professionals. Nothing will change until we do.