“IN THE PRIME OF THEIR LIVES” QATAR’S FAILURE TO INVESTIGATE, REMEDY AND PREVENT MIGRANT WORKERS’ DEATHS

Home “IN THE PRIME OF THEIR LIVES” QATAR’S FAILURE TO INVESTIGATE, REMEDY AND PREVENT MIGRANT WORKERS’ DEATHS 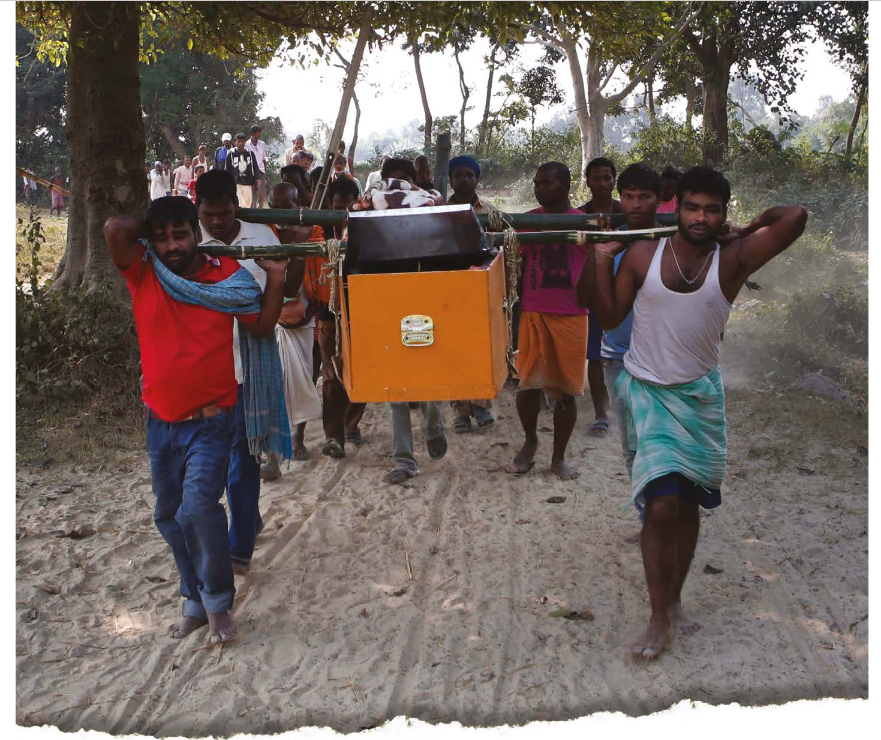 “IN THE PRIME OF THEIR LIVES” QATAR’S FAILURE TO INVESTIGATE, REMEDY AND PREVENT MIGRANT WORKERS’ DEATHS

“I could not believe the news… I had talked to him a few hours earlier”Sumi Akter, the wife of 34-year-old Mohammed Suman Miah, who died suddenly after working outside all day in temperatures that reached 38°C. Ever since FIFA awarded the 2022 World Cup to Qatar in 2010, there have been repeated allegations that migrant workers were dying in significant numbers while working on vast infrastructure projects, as a result of the country’s extremely hot climate and abusive working conditions. Following four years of high-profile and significant labour reforms aimed at dismantling Qatar’s exploitative ‘kafala’ sponsorship system, and with the World Cup just over one year away, the safety of workers in Qatar remains an issue of huge importance and continued controversy.Over the last decade, thousands of migrant workers have died suddenly and unexpectedly in Qatar, despite passing their mandatory medical tests before travelling to the country. Yet despite clear evidence that heat stress has posed huge health risks to workers, and one peer-reviewed study suggesting that hundreds of lives could have been saved with adequate protection measures, it remains extremely difficult to know exactly how many people have died as a result of their working conditions. This is because in most cases Qatari authorities do not investigate the underlying cause of their death. Instead, death certificates usually report their deaths as simply due to “natural causes” or “cardiac arrest” – descriptions that are almost meaningless in certifying deaths – and thus no connection to their working conditions is made. As a result, bereaved families are denied the opportunity to know what happened to their loved ones. Importantly, in a context where many rely on remittances, this prevents them from receiving compensation from the employers or Qatari authorities.Qatar has ratified both the International Covenant on Civil and Political Rights (ICCPR) and the International Covenant on Economic, Social and Cultural Rights (ICESCR), yet this report shows that Qatar’s long-standing failures to prevent, investigate and remedy the deaths of migrant workers constitute violations of the right to life and the right to healthy working and environmental conditions. While new legislation on heat protection introduced in May 2021 will provide better protection for workers, experts have told Amnesty that it still falls far short of what is required to adequately protect workers’ health and lives. In contrast, Qatar has so far done little to improve its processes to investigate, certify and remedy migrant workers’ deaths. The deaths of six of these migrant workers – four construction workers, one security guard and one truck driver – are featured in detail in this report. They highlight the personal tragedies for them and their families back home in Bangladesh or Nepal, as well as Qatar’s failures relating to their deaths. They also symbolise the tragedies of so many others who went to Qatar to provide a better future for their families but came back in a coffin, and whose deaths remain unexplained.  Click Here