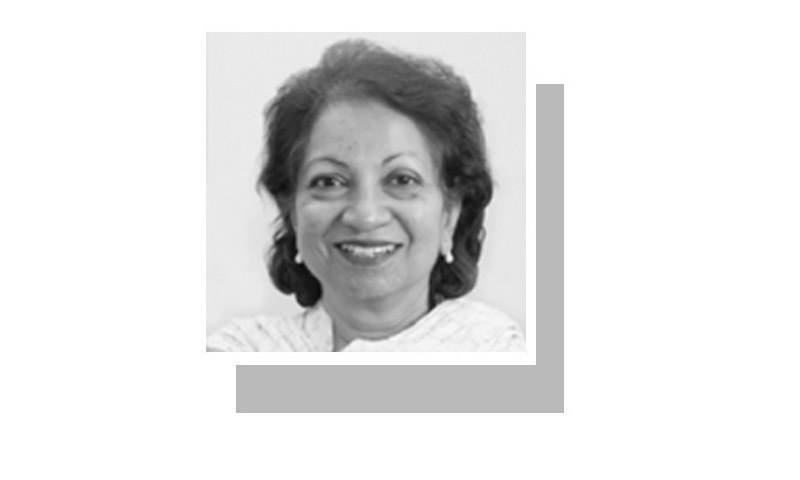 THE decision to hold the seventh population and housing census during the month of August is now official. It was approved by the Council of Common Interests on Jan 13, 2022. The N3C (National Census Coordination Centre) has been set up to oversee the actual census. The results of the census are to be handed over to the Election Commission in time for the 2023 general polls. The process of planning and execution of the census usually takes about two years in most countries. The 2022 census will go down as having been planned and conducted in an unprecedentedly brief period of time — less than a year.

The full results of census 2017 were only released six months ago. While there was desperate haste in the preparation and demarcations of the 2018 general elections based on the 2017 census, the pace of releasing detailed data required for actual planning, resource mobilisation and research was slow and lacklustre. The data has hardly been analysed or utilised and here we are sailing towards our next full count. It would be good to conduct a serious postmortem of the 2017 census and review its pitfalls, before wholeheartedly rolling out a full-fledged national exercise costing over Rs10 billion in public funds.

The much-awaited 2017 census, held 19 years after the previous headcount in 1998, was an anticlimax because of its lack of acceptability. The data was viewed with disbelief by politicians, the public, the media and demographers. Some of the provincial anomalies were considered unacceptable. Linked with the NFC award, KP rejoiced with a higher than anticipated NFC share while Punjab received commiserations for its shrinking share.

Is history likely to repeat itself? If so, what is the point of this new hastily planned census? It is clear that the motivation for the haste in planning and executing a full census five years after a failed 2017 census is politics and not the need for data to plan for resource allocations. Can the 2022 census be salvaged for the main purpose?

Trust must be rebuilt for provinces to have faith in the results of the 2022 census.

Certain features of the 2022 census are an improvement over previous efforts. The 2022 census will genuinely attempt to count all residing persons in Pakistani territory. It will not be using national identity cards to verify citizenship — counting only those with identity cards was fiercely contested in the 2017 census but the government paid no heed. If the purpose of the census apart from creating electoral counts is to plan for and judiciously distribute services and resources and ensure rights, it has to be based on the correct count of everyone who lives in Pakistani territory, regardless of gender, age, origin, ethnicity, or differently abled status, and on the basis of where people reside. Serious attempts are being made to measure disability and migration status, largely missed in 2017. A weakness of the 2017 census was the use of outdated administrative urban definitions which led to an undercount of urban territories. The 2022 census must adopt a more meaningful measure for urban classification to be credible.

In the last two census exercises (1998 and 2017), armed personnel accompanied the enumerators ostensibly because of security concerns. They were meant to be escorts and onlookers, ensuring the security of enumerators but they also became directly involved in the collection of data. The United Nations Population Fund put this on record as a violation of international census protocol.

Thankfully, an improved security environment now will render that level of involvement largely unnecessary. The military role in the 2022 census is being restricted to security, and armed personnel will not be involved in data collection.

Disregarding the strong voices of those who asked for digital technology, we were told that we had to use paper and indelible ink for the 2017 census, and sluggish methods were adopted for transporting reams of data across the country. The whole process went on for months. The 2022 census will use the modern technology of handheld computers. It will include recording of information through handheld devices correlating to GPS coordinates in order to ensure transparency in responses.

All these measures augur well for improved efficiency, but are they sufficient to ensure the acceptability of the results of census 2022?

The biggest weakness of the 2017 census was that it was conducted in a way that shook everyone’s trust — provincial governments, people, media alike. Given the misgivings about the previous census which was perceived as focusing more on advancing political goals rather than people’s rights, the lost trust must be rebuilt so that the provinces are able to have faith in the results of the 2022 headcount.

Since we are using digital technology it should be used to increase the transparency of the results. All map geo-referencing and counts must be shared with the districts and provinces that should, in fact, be able to maintain their own counts instead of relying on a central database.

The most important is the trust of the people. Controversy can only be averted when you build trust with citizens by explaining that this exercise is advantageous for them, that it is linked to housing, schools and employment requirements and that census results are the basis for formulating policies on employment, housing, food security, education, health, etc. The 2017 data was hardly used, not even as part of the Covid-19 response.

The 2022 census must craft communication that enables it to break from the political narrative that overcounting is better because you will get greater representation in parliament and greater resources. Communication with the public regarding the 2022 census is yet to materialise.

The National Security Policy 2022 recognises that human security is ultimately important. Stability in a country and the power that the latter wields are not determined by guns and arsenal, but the skills, employability and health of citizens. It is high time we seriously focused on human development and security in the true sense. The 2022 census should be relevant for planning the needs of people. The exercise should not be for the counters, but the counted.