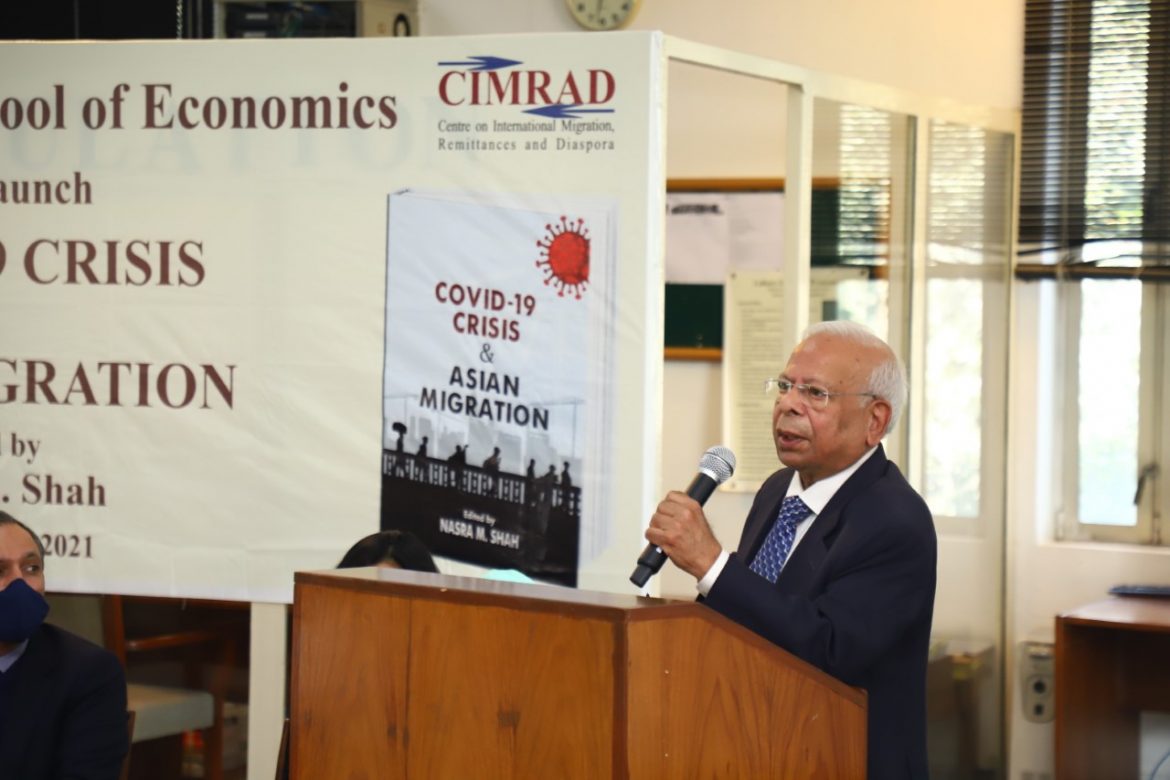 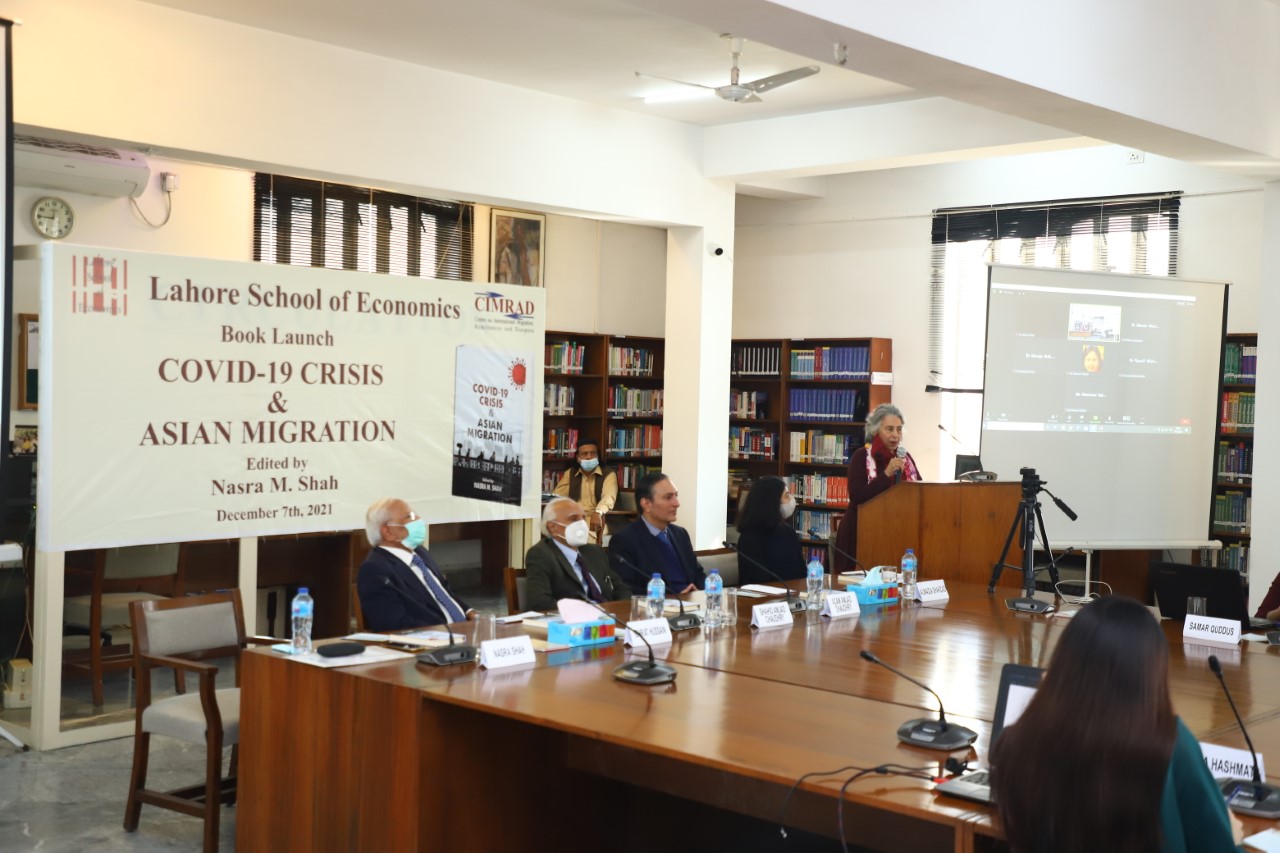 He was speaking as a Chief Guest at the launch of book “Covid-19 Crisis & Asian Migration” edited by Dr Nasra M Shahat at the Lahore School of Economics, Burki Campus. Dr Azam Amjad Chaudhry, HoD and Dean of Faculty of Economics, Lahore School of Economics opened the proceedings of the launch. Dr Ishrat elaborated that Japan and Europe were facing a decline in population growth which would materialise into shortage of labour. Pakistan that has a growing population and labour force, which can make up for the shortage in these economies but the ability to exploit that opportunity rests on being able to identify the relevant sectors and building the required skill sets. He raised important questions for future policy and research. Talking about Saudi Arabia, host to the largest Pakistani migrant workers, he drew attention towards the implications of liberalisation happening in the country on the outflows of migrants from Pakistan and the living conditions of all migrant workers in general. Especially since the liberalisation in the context of migration would mean a shift away from the current kaffala (sponsorship) system.

He also touched upon the issue of stigmatisation of migrant workers in the host countries and xenophobia. On the subject of remittances, he pointed out that while the macroeconomic linkages and importance has been well-established, there is a need to evaluate the consumption patterns of these remittances by households. He recognised the richness of coverage and diversity of the contents of the book and appreciated the effort of Dr Nasra Shah and the Lahore School of Economics in putting together this important volume on key issues. The editor of the book, Dr Nasra Shah, Coordinator CIMRAD and Professor at Graduate Institute of Development Studies (GIDS), presented an overview of the book. She highlighted how South and Southeast Asia over the last few decades had become important origins of migrant workers especially to the oil-rich Arab Gulf region. Prior to COVID-19, in 2019, 22 million out of the 30 million international migrants in the Gulf were Asians, i.e., 72 percent. Most of these workers are employed in low-skilled temporary jobs or have an irregular migration status which made them more susceptible to unexpected shocks. The COVID-19 pandemic was one such shock that halted economic activity and affected not just the work and lives of the migrants, but also their families that relied on the remittances received to sustain their living back home. According to an estimate by Dr GM Arif and Shujaat Farooq in the book, around 1.7 million workers could return to Pakistan constituting around 2.5 percent of the domestic labour force.

The book contributes to enhance our understanding of migration dynamics and related issues that emerged in the wake of the pandemic. It contains opinions from leading experts and scholars on returnee management initiatives taken by home countries, host countries’ strategies to facilitate migrant workers and ways to improve governance of migration. It covers case studies of Bangladesh, Malaysia, Nepal, Pakistan, the Philippines, Singapore, and Sri Lanka to highlight the impacts of the pandemic.