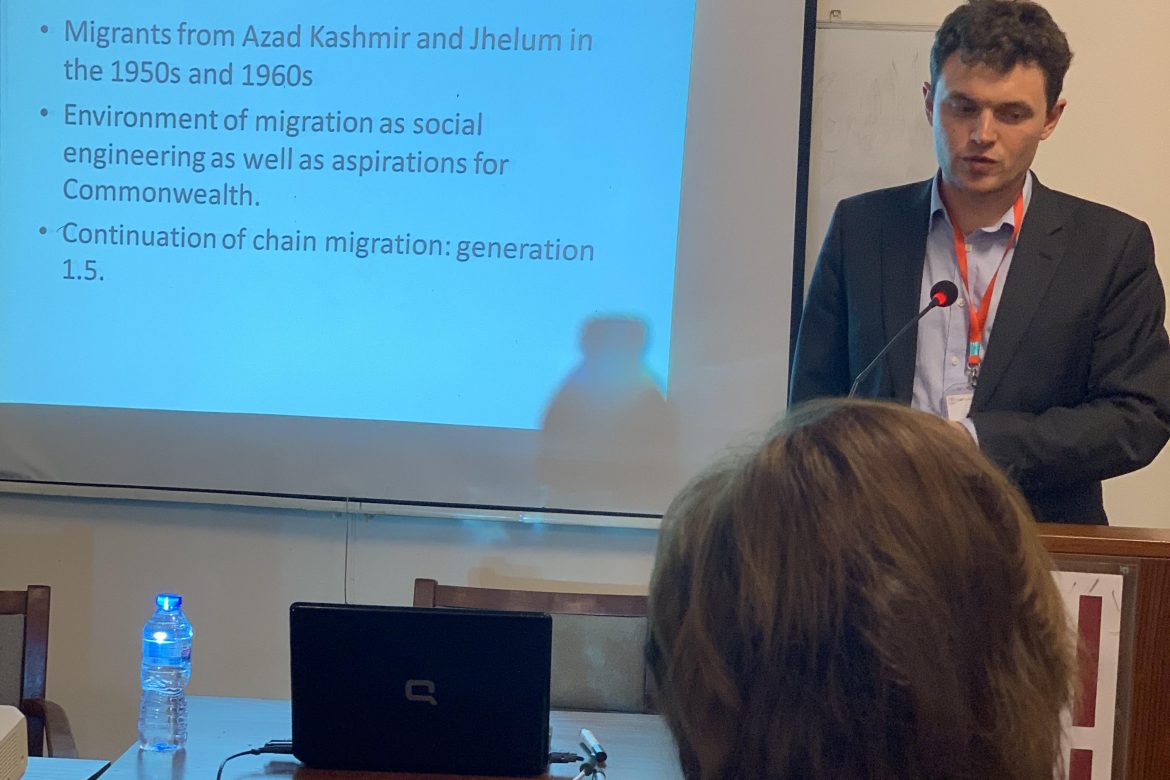 Dr. Philip Wood, professor at Institute for the Study of Muslim Civilisations, Agha Khan University, United Kingdom (AKU-ISMC), visited the Graduate Institute of Development Studies (GIDS) on November 7, 2019. After a meeting with the Director of GIDS he addressed the faculty, staff and students.

He presented his study on “Marriage and Social Boundaries among British Pakistanis” and briefly described his methodology as meta-ethnography, which consists of synthesising and interpreting various qualitative studies on the subject. For the study, he surveyed various ethnographies of Mirpuri migrants in the UK from the year 2000-2014.  He discussed how the commitment to transnational marriage and chain migration to maintain linkages back home among the British Pakistanis, particularly the Mirpuri diaspora community, has led to an emphasis on religious norms and practices reflected in the moral display and policing of social contact with outsiders.

The presentation was followed by a question and answer session. The possibility of building linkages between CIMRAD and AKU-ISMC was also discussed.