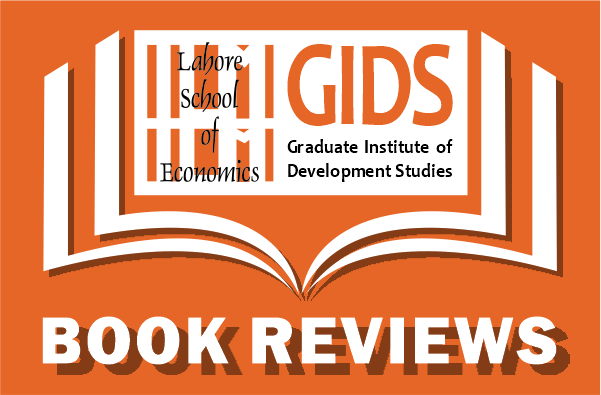 ‘Son Preference: Sex Selection, Gender and Culture in South Asia’ is an absorbing and
interesting read by Navtej K. Purewal. The book touches upon a very sensitive yet critical topic especially in the context of South Asia: son preference. The author makes use of her own personal experiences both as a Punjabi girl born in India and as part of the South Asian diaspora to reflect upon the intricate issue of son preference and its engagements with gender and culture in the region.

The author begins the book by attempting to map the different sets of knowledge that revolve around son preference. Here, Purewal expresses her concerns over the empiricist side of the picture of son preference and sex selection in the region as she believes they often tend to be ignorant of the multiple realities which exist outside the frames of the empirical field. Hence, the author sets out to what she refers to “historicizing the gaze” as she dissects past the early colonial records to the postcolonial interventions and finally the more recent demographic and anthropological literature.

The author delves into the discourse on son preference and sex selection by revisiting the
colonial and postcolonial times and refers to the early colonial attempts to point out female infanticide in the 1853 meeting of ‘Amritsar darbar’ as having little effect. She points out the flawed approach to tackle the issue as reminiscent of state paternalism and bureaucratic elitism since the entire anti-infanticide campaign in Punjab was male dominated. Similar attempts to tackle the issue of female foeticide were displayed in the postcolonial interventions of the 1994 Pre-Natal Diagnostic Techniques (PNDT) Act and ‘The Nawanshahr Model’ of 2005 which the author picks apart for their incompetence in challenging the patriarchal socio-economic base of the society.

Moreover, the author recognizes Punjab as a field of study by picking up on Sen’s analysis of the missing women in Punjab and sets out to label the region as ‘the killing field’ or ‘the land of missing or vanishing girls’. What is more interesting is perhaps the way she dissects past the hard facts and previous discourses on son preference and sex selection to bring cultural relevance into the picture. The book also reflects upon the dilemma facing the society as the public discourse on son preference retreated into the private sphere with the issuance of the PNDT Act of 1994 which had made sex selection illegal in India. Thus, it generated unheard voices as people while being pressurized by society to produce sons remained silent in the public out of fear of government. Similarly, she argues that caste hierarchies and a culture of son preferring attitudes was indeed a creation of the colonial policy as she criticizes it for creating a model of ‘high-caste’ culture through their Imperialist and Orientalist lens with which they viewed the Indian society. In doing so, the author reinforces the relevance of cultural expressions and social constructivism around the issue of son preference and sex selection in South Asia.

Here, it is worthwhile to observe how she dissects the language and methods of travel writings in the historical gazettes and diaries which she believes were articulated to serve the colonial agenda as they maintained their colonized masculinities -by leaving Punjabi women out of the discourse- while appearing to be promoters of social justice. The author also brings into analysis the myth around the ‘white man’s burden’ being reflected in the knowledge of son preference as she blames the colonial policies for producing oppositional binary structures of the native as uncivilized and misogynist and the ‘angrez’ as civilized and savior of women. The author, therefore, asserts that son preference be understood in the light of the patriarchal socioeconomic base of the society through the kinship systems, cultural biases and strategic survival strategies. Here an understanding of social constructivism around the conceptualization of the two-gender binary in the society needs to be understood as they provide helpful insights in understanding how production of sons becomes the only gateway in achieving the aspirations of households and ultimately the society.

The role of education, particularly around women studies, also comes into play here. The author discusses this issue with a thought-provoking analysis as she questions the use of education in the region as a tool to reproduce gender relations by criticizing the approach of ‘educate a woman, educate a family’ as stigmatizing women with curricula of “home-making” skills thereby reproducing gender roles rather than challenging them. Moreover, the book also comments on the political economy of Punjab with power, hierarchy, wealth, control and stability being at the center of maintenance of gender relations in the region.

Another aspect which keeps the reader’s interest intact throughout the book is how the writer manages to pull apart the hidden subtilities around the social, psychological and material outcome of son preference by sharing both her personal experiences and the interviews she had had with women from the ‘field’. This perhaps can be attributed to the writer’s background of anthropology and literature as she manages to portray the essence of cultural activism in India through selected excerpts of folklore, poems and chants. At the same time, she also manages to make a point that cultural activism can prove to be more successful in challenging son
preference in this region as opposed to anti-foeticide campaigns.

Moreover, the book also sheds light on the tightening relationships between patriarchy and science through reproductive technologies; the author unveils the questions around women’s choices being narrowed down with the help of new reproductive technologies (NRTs) as they merely help women to fulfill rather than reject their traditional female role. Here, the author highlights the significance of the diasporas as they present challenges for bounded
representation of discourses on reproduction. While the Third World women are associated with the culture debate when it comes to the population question and those of the First World with the rights/choice debate, it is the women in the diaspora who remain unbounded or excluded from generic classifications as ‘Others’. Hence, Purewal believes that the women in South Asia and particularly the diaspora need to be heard and brought into the debates and discussions of female foeticide, NRTs, and son preference.

Thus, the book is quite a compelling read as it encompasses the theme of politics of gender and culture in understanding son preference and sex selection through an analytical lens. By including the excerpts from interviews with schoolchildren and college students in Punjab and women from the diaspora, the author has managed to bring out the differences in academic and public discourse on son preference and meanwhile also maintained the richness of her analysis by including a variety of opinions on the subject. However, what stood out as a constant reminder of the book’s limitation was perhaps the limited sample or a rather skewed sample of analysis. While the book is seemingly written to cover the entire South Asian experience of son preference, it’s focus is on the Indian Punjab and not South Asia as the reader was led to
believe.