Govt on an even keel as IMF okays $1.1bn tranche

Home Govt on an even keel as IMF okays $1.1bn tranche 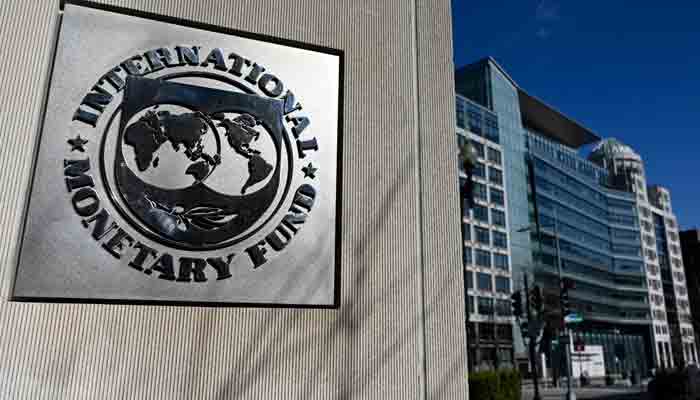 Govt on an even keel as IMF okays $1.1bn tranche

By Mehtab Haider
Published in The News on August 30, 2022

ISLAMABAD: The coalition government’s months-long strenuous efforts finally delivered on Monday as the IMF Executive Board revived the stalled programme and approved the combined 7th and 8th reviews and release of $1.1 billion tranche under the Extended Fund Facility (EFF).

The Fund augmented the size of the programme and jacked it up to about $6.5 billion. The programme stalled in February 2022 when the PTI government unveiled unfunded fuel and electricity subsidies which the Fund considered as a breach of agreement.

The IMF slashed down GDP growth projection from 6 percent in last fiscal year to 3.5 percent for the current fiscal year 2022-23. An official announcement by the IMF after the Board meeting said the Executive Board of the International Monetary Fund (IMF) had completed the combined seventh and eighth reviews under the Extended Fund Facility (EFF) for Pakistan, allowing the authorities to draw the equivalent of SDR 894 million (about US$1.1 billion).

It said the authorities had taken important measures to address Pakistan’s worsened fiscal and external positions resulting from accommodative policies in FY22 and spillovers from the war in Ukraine, and which had placed significant pressure on the rupee and foreign reserves.

“The immediate priority is to continue the steadfast implementation of the recently approved budget for FY23, adherence to a market-determined exchange rate, and pursuit of a proactive and prudent monetary policy. It is also important to continue to expand social safety to protect the most vulnerable and accelerate structural reforms including to improve the performance of state-owned enterprises (SOEs) and governance.

The Executive Board of the International Monetary Fund (IMF) completed today the combined seventh and eighth reviews of the Extended Arrangement under the Extended Fund Facility (EFF) for Pakistan. The Board’s decision allows for an immediate disbursement of SDR 894 million (about US$1.1 billion), bringing total purchases for budget support under the arrangement to about US$3.9 billion.”

The EFF was approved by the Executive Board on July 3, 2019 for SDR 4,268 million (about US$6 billion at the time of approval, or 210 percent of quota). In order to support the programme implementation and meet the higher financing needs in FY23, as well as catalyze additional financing, the IMF Board approved an extension of the EFF until end-June 2023, rephasing and augmentation of access by SDR 720 million that will bring the total access under the EFF to about US$6.5 billion.

“Pakistan’s economy has been buffeted by adverse external conditions, due to spillovers from the war in Ukraine, and domestic challenges, including from accommodative policies that resulted in uneven and unbalanced growth. Steadfast implementation of corrective policies and reforms remain essential to regain macroeconomic stability, address imbalances and lay the foundation for inclusive and sustainable growth.

“The authorities’ plan to achieve a small primary surplus in FY2023 is a welcome step to reduce fiscal and external pressures and build confidence. Containing current spending and mobilizing tax revenues are critical to create space for much-needed social protection and strengthen public debt sustainability. Efforts to strengthen the viability of the energy sector and reduce unsustainable losses, including by adhering to the scheduled increases in fuel levies and energy tariffs, are also essential. Further efforts to reduce poverty and protect the most vulnerable by enhancing targeted transfers are important, especially in the current high-inflation environment.

“Accelerating structural reforms to strengthen governance, including of state-owned enterprises, and improve the business environment would support sustainable growth. Reforms that create a fair-and-level playing field for business, investment, and trade necessary for job creation and the development of a strong private sector are essential.”

Meantime, Prime Minister Shehbaz Sharif Monday said the formal resumption of IMF programme was a major step forward in their efforts to put Pakistan’s economy back on track. “It is outcome of an excellent team effort. I commend Finance Minister Miftah Ismail & his team and other stakeholders for their hard work.”

Miftah announced the development on his Twitter handles saying: “Alhamdolillah, the IMF board has approved the revival of our EFF programme. We should now be getting the seventh and eighth tranche of $1.17 billion.” The finance minister congratulated the nation and thanked Prime Minister Shehbaz Sharif for “taking tough decisions” and “saving Pakistan from the default”.