IMF dictates tough deal for $3.5b 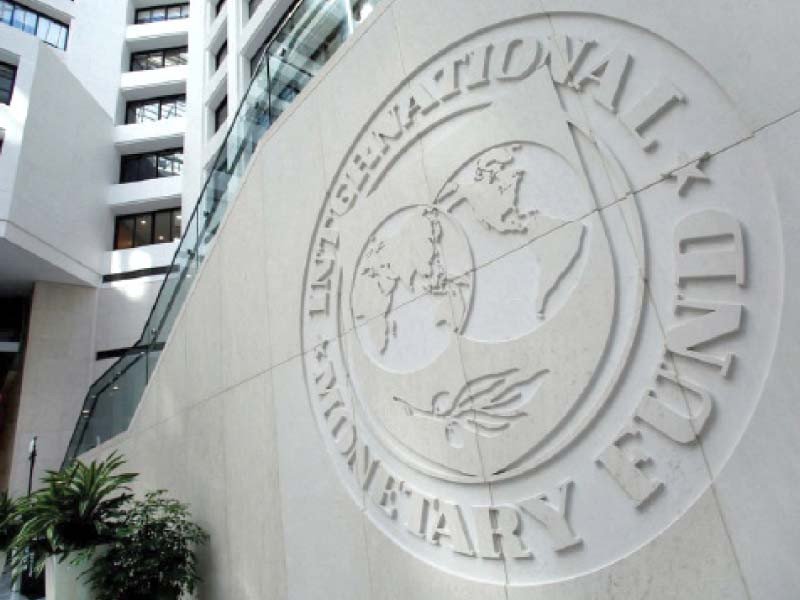 IMF dictates tough deal for $3.5b

By Shahbaz Rana
Published in The Express Tribune on September 03, 2022

ISLAMABAD: Pakistan has signed off an unrealistically tough agreement with the International Monetary Fund (IMF) in return for a $3.5 billion loan, which requires a further increase in electricity, and gas prices, a mini-budget and a cut worth Rs534 billion on development spending as part of contingency measures.

The IMF on Friday released the combined report of the 7th and 8th reviews of the bailout package, which includes a Memorandum for Economic and Financial Policies — a document that is full of commitments made by Finance Minister Miftah Ismail on behalf of the government of Pakistan.

The document was needed to revive the programme and extend it to June 2023 for the disbursement of a total $3.5 billion loan from the IMF from August 2022 to June 2023.

The unrealism of the plan can be gauged from the fact that Pakistan had assured the global lender that it would increase gas prices by up to 235% by the end of August — a deadline that it has already missed. Besides, the plan also includes closing commercial bank accounts of public departments by the end of December and transferring the cash to the central bank.

The Pak-IMF staff-level agreement is expected to undergo a change in the aftermath of the floods, although the IMF is unlikely to give relaxation in areas where there is no direct impact on the population affected by the floods.

Pakistan has assured the IMF that in case the revenue collection slows down or the current expenditures start exceeding the targets, the government will trigger a contingency plan, which includes both imposition of new taxes and cutting the development expenditures by the federal and provincial governments, according to the report.

“If monthly revenue data show signs of underperforming against the first quarter of FY23 and subsequent targets, we will take immediate action to raise additional revenue, as necessary,” assured the finance minister. Although the Federal Board of Revenue (FBR) has exceeded its first two months tax target by Rs22 billion, it has to climb a steep rock in September.

The finance minister has assured the IMF that if the collection slows down, Pakistan will “immediately set the GST on fuel products to a rate sufficient to raise the necessary revenue up to the standard rate of 17%”.At present the GST on petroleum products is zero but the government is charging Rs37.50 per liter levy on petrol.

Pakistan has also assured that in order to compensate any revenue shortfall or higher expenses it will further withdraw GST exemptions including on sugary drinks worth Rs60 billion and other unwarranted exemptions such as those benefitting exporters and will also increase the Federal Excise Duty on Tier I and Tier II cigarettes with immediate effect to raise at least another Rs120 billion in revenue. Some of the taxes on cigarettes were increased last month.

“The compression of current spending is ambitious. If monthly fiscal operations data indicate that spending is running higher than the Q1 FY23 and subsequent targets, this will trigger immediate remedial action to put in place the contingency revenue measures”, assured the government.

The government has also assured that it will add another 300,000 persons in the income tax base through the use of data on the withholding tax of businesses and identify and register new individuals as well as use of third-party data. “If required, we will also conduct physical surveys to book new individuals”.

Pakistan has already slapped over Rs1 trillion in taxes, including Rs608 billion being imposed through the FBR.

Pakistan has also assured the IMF that it stands ready to cut the public sector development expenses by the federal and the provincial governments. As part of the strategy, the Finance Ministry will slow down the releases to the ministries to make sure that the PSDP is cut by at least Rs150 billion to Rs577 billion.

In addition to that, it has assured the IMF that the Rs384 billion further savings will be ensured from lower-priority projects in the provincial PSDP budgets.

In order to deal with natural disasters, the government had already allocated about Rs200 billion in the budget. It also promised to cut avoidable travel and reduce the consumption of utilities by 10% to reduce the expenses.

Pakistan has guaranteed the IMF that in order to improve fiscal effectiveness; it is making efforts “to fully operationalize the treasury single account (TSA- 2) by end-December 2022”. Last year, the IMF had placed a condition on Pakistan to close all the bank accounts maintained by public sector entities and the defence ministry in commercial banks.

The government has assured the IMF that as a matter of principle; energy subsidies will be contained to Rs570 billion, of which PRs 225 billion will be for the tariff differential subsidy arising from the power tariff adjustment path.

The report revealed that the government has ended the previous-slab benefit for the electricity consumers, which significantly increased the prices in August for the consumers.

After increasing electricity prices by Rs7 per unit in July and August, the government has committed to the IMF that it will further increase the prices by 91 paisa per unit by the end of September. This further raised the tariff, which will follow automatic increases in electricity prices on account of quarterly tariff adjustments for July-September period and monthly fuel price adjustment for July to fully recover the shortfall from the delayed implementation of the first stage beyond July 1.

The tariffs will be increased at a time when the nation is hit by a 47-years high inflation rate of 27.3% and the floods have inundated 118 districts of Pakistan, leaving over 33 million people in desperation.

The government has promised that it will withdraw the electricity subsidy being availed by the agriculture tube-wells. A plan to withdraw subsidy for tube-wells for large agricultural users will be submitted to the federal cabinet by November 2022.

Pakistan assured the IMF that it was “ramping up reform efforts in the gas sector”. The government has informed the IMF  that based on the receipt of OGRA’s determination of the annual Estimated Revenue Requirement (ERR) for FY22 on June 3, 2022,17 “we are now in the process of implementing more than the prescribed increase in consumer gas prices by end-August 2022”, revealed the report.

The deadline has already been missed and a government official said that it was not possible to increase the prices before January next year. The government says that it wants to increase the gas prices to contain the gas sector circular debt flow, address some of the debt stock, and improve the liquidity of the gas companies, while minimizing the impact on smaller consumers.

The IMF was informed that the government was going to increase gas prices more than prescribed by the Oil and Gas Regulatory Authority (Ogra). The gas sector circular debt has increased to Rs719 billion by March this year –up from Rs620 billion at end-FY21.

The government said that this will be the first end-user gas price adjustment since September 2020.

In the footnote of the report, the government stated that as per the OGRA determination, the prescribed average end-user gas price will go up some 45% to Rs928 per MMBTU. “This will generate about Rs666 billion for the gas companies (i.e, for Sui Northern Gas Pipelines Ltd (SNGPL) and Sui Southern Gas Company Ltd (SSGCL)) in fiscal year 2023, which is Rs120 billion higher than their ERR for FY23,” showed the report.

In July the ECC had approved an increase in natural gas prices in the range of 43% to 235% but the federal cabinet has not yet endorsed the ECC’s decision.