Human trafficking on the rise as unemployment bites

Home Human trafficking on the rise as unemployment bites 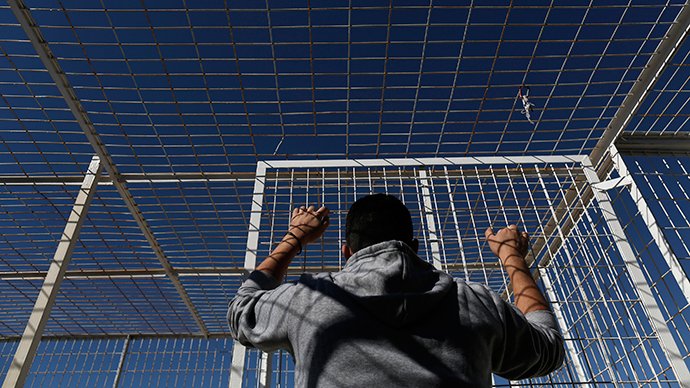 Human trafficking on the rise as unemployment bites

By  BILAL GHAURI
Published in The Express Tribune on September 05, 2022

LAHORE: Spurred by the twin crises of rising inflation and unemployment, a large number of Pakistanis are crossing borders through illegal channels, often falling prey to a thriving racket of smugglers exploiting their poverty.

For many people fleeing poverty, getting across the borders requires them to pay huge sums and even their lives, with transnational smugglers squeezing them to pay more than Rs500,000.

Trekking through mountainous terrains and no-man’s-lands to avoid arrests, most of these young men endure a gruelling journey to the ‘promised land’ of Europe, grasping for an economic lifeline as jobs dry up in their country.  But theirs is a failed journey, often resulting in more suffering as gangs lurk in darkness for potential victims.

While many are nabbed at the borders of Iran and Turkey – which have become transit countries for illegal migrants – and deported to Pakistan, others walk themselves into death after authorities in Greece use disproportionate force to push them back toward Turkey.

Greek security forces on the border with Turkey are also using dangerous green lasers to deter migrants and refugees from crossing. Once detected by the radars, many refugees are thrown into panic and lose their life in their vain attempts to escape.

Smugglers take advantage of desperate people willing to take risks in search of a better life when they cannot access legal channels of migration. As many families find themselves almost famishing, greedy smugglers salivate over the misery to feed their dark business.

Sources privy to the surging murky business of human trafficking told The Express Tribune that many greedy agents in Punjab’s districts such as Wazirabad, Gujrat, Hafizabad, Sialkot, Lala Musa and Jhelum are sending many innocent people, who are unaware of the dangers of the routes, to European countries via Iran and Turkey.

Many of these smugglers work in cahoots with networks based in Turkey and Iran.

As if this was not enough, many of these young men, broke and desperate, fall into the hands of gangs in Istanbul who take advantage of the undocumented status of the migrants and kidnap them for ransom.

Already impoverished, many of these broken families have no option but to pay a hefty sum to send their sons abroad through these illegal channels to lift them out of the thicket of poverty.

As for those who are caught at the Turkish border and sent back, face the music back home at the hands of the Federal Investigation Agency (FIA).

In this regard, the FIA officials said that actions are being taken against those who send them illegally to foreign countries and they are also being punished by the courts.

“People have lost their family’s savings by naively falling for the dreams sold by agents,” an FIA official lamented, adding that instead of going to foreign countries via illegal means, people should learn skills for a better and bright future.

Assessing the real size of this crime is a complex matter, owing to its underground nature and the difficulty of identifying when irregular migration is being facilitated by smugglers. But sources said that the trend has been surging of late as unemployment and poverty triggered by worsening economic woes take toll on many households.