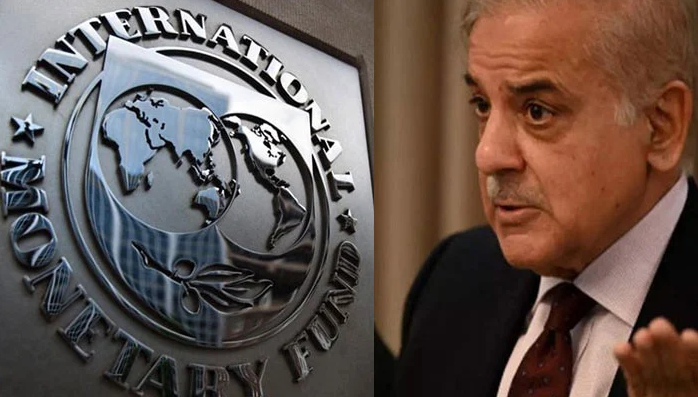 ISLAMABAD: The federal cabinet Wednesday expressed serious concerns on the economic situation of the country, with Minister for Finance and Revenue Miftah Ismail telling the press later on that the PTI government had laid down ‘atom bombs’ instead of landmines on their way out at the cost of national exchequer.

Speaking to the media at the National Press Club, the finance minister — accompanied by Federal Minister Information and Broadcasting Marriyum Aurangzeb — said the PTI government had left landmines for the incumbent government. He said the subsidy allowed for petrol for the months of May and June would cost Rs96 billion, and the current government could not bear that burden.

“By not taking tax on petrol and diesel, Imran Khan has put the Shehbaz Sharif-led government in trouble […] making petrol cheap is not a favour, it is the nation’s money through which they give subsidy,” the finance minister added. He said the government was giving a subsidy of Rs52 on diesel and Rs21 on petrol, and due to this, Rs68 were paid from the national exchequer in terms of April’s subsidy. “This is double the cost of administrative expenses of our civilian government. We cannot keep this up. The prime minister will have to take a decision in this regard,” he added.

According to the minister, the IMF has put five major demands before the Shehbaz Sharif government for slashing down the primary deficit by Rs1,300 billion through withdrawal of fuel subsidy of Rs150 billion on monthly basis and taking additional taxation measures for reviving the stalled Fund programme.

“The IMF shared a list of five conditions, including withdrawal of fuel subsidy, doing away with tax amnesty scheme, increasing power tariff, taking additional taxation measures and reducing the development program by Rs100 billion to bring it down to Rs600 billionthrough the Public Sector Development Program (PSDP) till end of the current fiscal year,” Miftah Ismail said in his maiden press conference.

The minister also hoped that China would roll over $2.4 billion in commercial loans soon and Islamabad was also expecting to get a rollover of safe deposits of $2 billion in May and July 2022. He said that the financing gap would be bridged to the tune of $8 to $9 billion by June 2022, so that foreign currency reserves would not deplete from the existing levels.

The minister said that former finance minister Shaukat Tarin or the finance ministry did not move any summary for providing fuel subsidy, which according to estimates caused a loss of Rs150 billion, including foregone taxes and levy. It will cost Rs1,800 billion on per annum basis, which is more than the total expenditure on defence requirements, he added.

He said that he would be leaving for Washington for attending the annual spring meeting of IMF/World Bank. He has made requests for meetings with Fund’s Managing Director, Deputy Managing Director, Executive Directors of different important countries, WB’s high-ups and bilateral meeting with Chinese, Turkish and Saudi counterparts on the sidelines of annual spring meeting of Breton Wood Institutions (BWIs) such as the IMF/WB.

The minister was quite optimistic about the revival of the IMF programme, saying that they would make efforts to convince the IMF to revive the stalled programme and approve the pending 7th tranche and release of $1 billion under the $6 billion Extended Fund Facility (EFF). Pakistan will not make a request for clubbing the 7th and 8th Reviews simultaneously under the EFF arrangement with the IMF, he added. He said that his first priory would be revival of the IMF programme, then all other issues would be settled amicably.

The major concerns of the IMF, he said, were on account of fuel subsidy and there was no economic rationale behind such a move. The government would do away with the existing tax amnesty scheme. However, the additional taxation measures could not be taken at this juncture. He said that he would propose reducing income tax rates because it would not help jacking up desired revenues but it would result in burdening common households massively. He said the total public debt and liabilities stood at Rs30 trillion in the first 74 years but under PTI led regime it went up to Rs52 trillion. The budget deficit increased massively. The external debt, he said, got increased by $1 billion on per annum basis but under PTI led regime it went up by $8 billion on an average in the last three years.

To another query, he said that there was a shortfall of 7,000 MW electricity mainly because of inefficiency and bad governance of PTI led regime in the last four years. There was a shortfall of 5,000-MW because of fuel shortages and another 2,000 MW because of non procurement of spare parts and failure to undertake maintenance in winter season. He said the government could not utilise the IDB facility of petroleum products on deferred payments. There is an issue of lack of confidence due to which the rupee continued to slide. It’s a thin market and exchange market fluctuates with one major transaction, he added.

The finance minister said that the summary for minimum Rs25,000 per month salary had already been approved, and the 10 per cent increase in pension would be applicable from the next month (May 2022).He said that exports increased only in value, not in quantity adding that imports too increased and are expected to reach a historic high of $75 billion this year.

The minister said the current account deficit was also at $20 billion, whereas the reserves have gone down to $10.8 billion. He added that other than the power circular debt, the PTI regime has accumulated a gas circular debt of 1.5 trillion, adding that the government would constitute a commission to investigate the smuggling of urea.