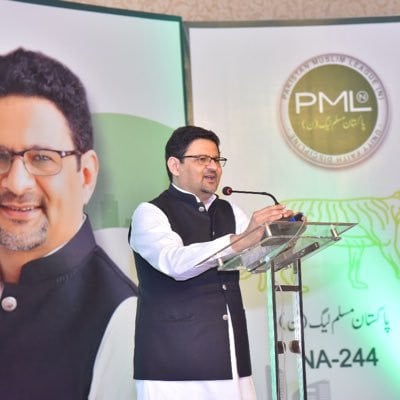 By Shahbaz Rana
Published in The Express Tribune on April 20, 2021

ISLAMABAD: The day Pakistan appointed its new finance minister to cope with the challenges – containing rising inflation and navigating through one of the worst external sector crisis, the World Bank on Tuesday reminded the country that 34% of its population was living on just $3.2 or Rs588 a day income.

The Pakistan Development Update – the biannual report issued by the Washington-based lender – also said that soaring inflation disproportionally affected poor and vulnerable households that spend a relatively larger share of their budget on food and energy.

The poor spend around 50% of their total consumption on food items, the World Bank said. It pointed out that Pakistan’s key indicators were further deteriorating in the current fiscal year, seeking urgent measures to tighten the fiscal belt for ensuring debt sustainability.

Poverty measured at the lower middle-income class poverty line of $3.2 Purchasing Power Parity line of 2011 per day was estimated at 34% in the last fiscal year. The ratio was 37% in the preceding year. But despite a nominal reduction, the percentage was significantly higher and it would be a constraint for the new government that was assigned with an uphill task to ensure economic viability of the country.

Prime Minister Shehbaz Sharif appointed Dr Miftah Isamil as the finance minister. Ismail will be assisted by Dr Ayesha Ghaus Pasha who has been assigned the portfolio of minister of state for finance.

The duo would leave for Washington today (Wednesday) to have their first interaction with the authorities at the US Treasury Department, the International Monetary Fund and the World Bank.

“I am hopeful that I will be able to convince the IMF to revive the programme on terms that also take into account harsh ground realities in Pakistan,” said Ismail.

His one of the most important meetings would be at the US Treasury Department, as the country seeks to repair ties with the world’s largest economy, damaged by immature public statements by former prime minister Imran Khan and former foreign affairs minister Shah Mahmood Qureshi.

But the WB’s Pakistan Development Update report tells what lies ahead for the new finance minister.
The WB cautioned that rising food and energy inflation was expected to diminish the real purchasing power of households, disproportionally affecting poor and vulnerable households that spent a larger share of their budget on these items.

However, with higher inflation, increasing borrowing costs and political uncertainty, business and consumer confidence had been trending lower after reaching a pandemic high in June 2021.

The WB said that the inflation was estimated to rise to an average of 10.7% in fiscal year 2021-22 as against the target of 8%, reflecting higher oil and commodity prices. Headline inflation in Pakistan was the highest in South Asia, where the regional average was 6% during the first half of the current fiscal year. It added energy inflation reached 25.1% on a yearly basis in urban areas and 22.6% in rural areas in the current fiscal year.

Heightened domestic political uncertainty over the past few months had slowed the implementation of key reforms to improve overall fiscal and debt sustainability. Going forward, further policy reform slippages and delays in adjustment measures were likely to exacerbate the already widening macroeconomic imbalances.

The report noted that public and publicly guaranteed debt stood at Rs45.3 trillion at end-December 2021, an increase of Rs3.1 trillion since end-June 2021. The share of external debt was 37.5% whereas short-term debt was 13%.

Pakistan’s total debt level was in breach of the Fiscal Responsibility and Debt Limitation Act 2005 that stipulated a reduction of total public debt to 60% of the GDP by end-FY18. Moreover, the growing arrears of the power sector and liabilities emanating from commodity operations posed further risks to debt sustainability, the lender warned.

Even at the expanded size of the economy, the WB projected the debt-to-GDP ratio to grow to 76% of the GDP, which otherwise could have been 90% of the GDP had the previous government not revised the base year of the economy.

Strong aggregate demand pressures, in part due to accommodative fiscal and monetary policies, paired with the continued anti-export bias of the national trade tariff structure, contributed to a record-high trade deficit, weighing on the rupee and the country’s limited external buffers.

“To mitigate immediate macroeconomic risks, the government should focus on containing the fiscal deficit at a level which ensures debt sustainability, closely coordinate fiscal and monetary policy, and retain exchange rate flexibility,” Zehra Aslam, the lead author of the report, said.

The fiscal deficit was projected to widen slightly to 6.3% of GDP in FY22, on the back of higher spending on Covid-19 vaccine procurement, settlement of energy sector arrears, development spending, and the recently announced food and energy subsidies.

The WB said that the deficit could reduce in the next fiscal year provided revenue mobilisation measures took hold, particularly GST harmonisation and Personal Income Tax (PIT) reforms. However, the WB had called personal income tax reforms was an attempt to increase tax rates by almost 100% for the middle and upper middle income groups of the country amid double-digit inflation.