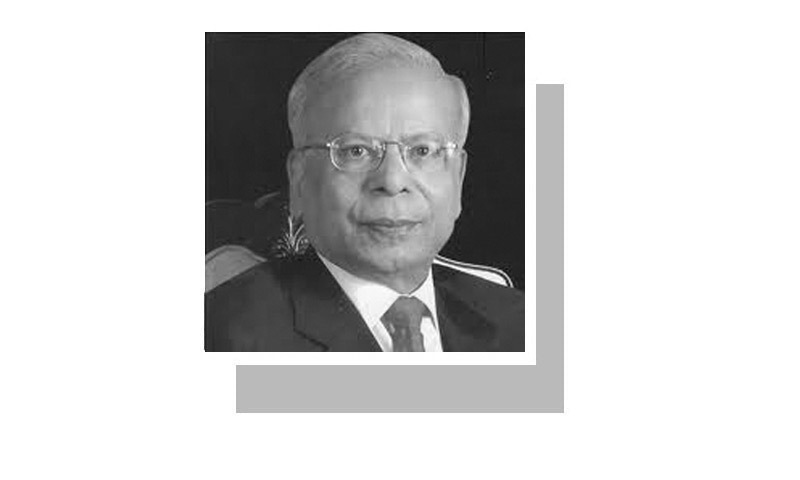 By Ishrat Husain
Published in Dawn, October 21, 2021
MARKETS can allocate resources efficiently when there is competition among sellers and buyers. In order to have competitive markets certain conditions have to be met. Among others, there have to be multiple buyers and sellers who have the relevant information to make rational decisions and firms should have the freedom to enter and exit the market without any restrictions.

In Pakistan, markets have been rigged by a small segment of politically influential players who receive preferential treatment through land, taxes, tariffs, subsidies etc. Collusive practices and cartelisation favour ‘insiders’ who do not easily allow ‘outsiders’ to enter the market by unleashing a plethora of licences, permits, clearances and no-objection certificates. Access to finance is restricted to only those with well-established businesses, those enjoying the right contacts and who can offer securities and collaterals (however inflated their realisable values may be on paper).

Newcomers who may have innovative business proposals have hardly any chance to raise capital. While barriers to entry are quite strong, exit is discouraged even when the firms are socialising losses and privatising profits through a complex maze of government-granted subsidies, exemptions, refinancing schemes and concessions. In the name of protecting labour employment, inefficient firms are not allowed to die. There is little realisation that new efficient and innovative firms that take their place are likely to create many more productive jobs in the economy. Many stock market-listed companies declare losses year after year while their owners enjoy lavish lifestyles. They live in palatial houses, drive expensive cars, holiday abroad, their children study overseas and they maintain foreign bank accounts and offshore companies.

The grant of tax amnesties by successive governments provide persuasive evidence for the existence of this phenomenon. Trillions of rupees of non-taxed incomes were parked outside the country or in other forms inside the country. Poor public policies such as guaranteed rates of return in dollars on equity raised locally or through over-invoicing have caused huge accretion to public debt stock but made lucky investors, who have been approved by the government or its regulatory agencies, billionaires or multimillionaires.

Unauthentic news posted on social media platforms gains a momentum of its own.

These existing market distortions were already doing much damage but on top of these an unanticipated phenomenon that has surfaced recently in the form of disinformation distributed and disseminated widely and swiftly by social media has exacerbated the situation.

Economists have won Nobel Prizes for their work on ‘asymmetric information’ — a further deviation from the assumptions of competitive markets. Buyers and sellers do not possess exactly the same information about an economic transaction. The well-known Market for Lemons is a highly insightful piece of research that highlights this problem aptly. The field of behavioural economics and finance has enlightened us that people are not always rational in their decision-making as they cannot process all the relevant information in a given span of time to arrive at a rational conclusion. The 2008 global financial crisis exposed the myth of the rational economic actor. It is now documented that markets work on the basis of sentiments, emotions such as greed and fear, biases, social influences, intuition and past experiences. Bandwagon effects, anchoring bias, procrastination and nudging have emerged as new ways of thinking about how economic players make decisions and how markets function.

It is in this context that the spread of motivated or planted fake, biased or unverified news — all bundled under disinformation — has assumed alarming proportions in deviating from the basic tenets of well-functioning competitive markets. The speed at which disinformation travels and the extent of its outreach have rattled markets. We used to grumble or complain about irresponsible journalism but that pales into insignificance compared to the harm that is being caused by instantaneous dissemination of unverified information that is distributed through Facebook, Twitter, WhatsApp, YouTube and other social media.

We ought to recognise that, by and large, journalists and reporters in reputable media houses spend a lot of time and effort to sift, verify and establish the veracity of the stories they file. Further there is editorial review and in many cases an in-house ombudsman. Indiscretions do occur but damage control is always possible. However, once a completely unauthentic piece of news is posted on social media platforms it gains a momentum of its own. Some ‘experts’ and ‘anchors then blurt this ‘information’ on electronic media and some owners of media houses use these opinions expressed in talk shows as news stories in print.

Market sentiments and economic players’ actions are influenced by these views. This happens more so in case of equity, foreign exchange, foreign trade, commodities and financial markets. Economic fundamentals are set aside and drowned in cacophony causing huge confusion in the minds of market participants. Non-state actors who started disinformation having their own agenda therefore gain the upper hand and drive market sentiments, forcing decisions that run contrary to economic prudence. Policymakers feel helpless in countering this sentiment as the disinformation was targeted in the first instance to make them look bad in the eyes of the public.

Governments in democratic or authoritarian states do not realise how much damage they are doing by imposing restrictions or suppressing freedom of expression of journalists and reporters all over the world. On the contrary, they should be given full facilitation to carry out their professional duties as they can provide a strong countervailing force against the ever-growing intrusion of those engaged in disinformation creating market dislocation. Investors require calm and tranquil conditions and a level-playing field. They are averse to a rigged market structure on the top of which are built grooves of turbulence sparked by disinformation.

It is in Pakistan’s collective economic interest to allow journalists — foreign and local — to move around freely to sift and report facts as our weak investor sentiment cannot bear the burden of the avalanche of disinformation. At the same time, market distortions creating rent-seeking opportunities for a select few while weakening the competitive markets need to be eliminated.