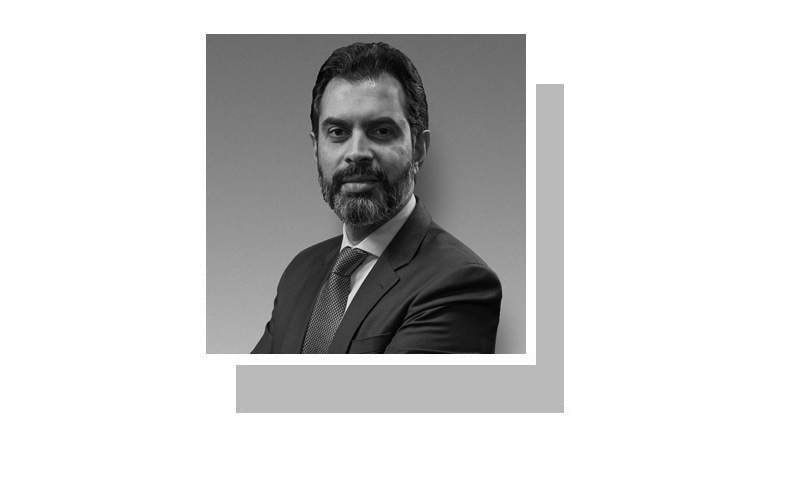 AN economic recession is generally bad news. However, the anticipated recession in the United States may do more good — rather than bad — to emerging markets such as ours that are heavily dependent on commodity imports and external financing.

Markets have become increasingly concerned in recent weeks about a recession in the US. A key cause is the sharp tightening of monetary policy by the US central bank, the Federal Reserve, since March this year. Many have commented that after having been slow to react to rising inflation that proved to be less transitory than originally considered by the Federal Reserve, it is now slamming hard on economic brakes to reduce inflation. Indeed, the hawkish speech by Jay Powell, the chair of the Federal Reserve, this Friday at the Jackson Hole conference, the premier annual US event for central bankers and economic policymakers, has led many to believe that the Federal Reserve will keep at it until it feels comfortable that inflationary threats are beginning to recede. This raises the likelihood for a US recession.

Will a US recession further sour the economic sentiment in Pakistan that has already suffered in recent weeks from a host of challenges? There are reasons to worry it might. To begin with, a recession in one of the world’s largest economies is likely to cause a global economic slowdown. Softening global demand means falling sales for our exporters and falling incomes in export-oriented sectors. Another key concern is the outlook for remittances. As economies slow globally, overseas Pakistanis may face employment challenges and squeezed incomes and hence may have less to send home. And finally, with bleak global conditions there may be little appetite for global investors to put down capital in a risky country like Pakistan.

There may, however, be more reasons to think of a silver lining in these gathering dark clouds. A key consequence of a US recession and a global economic slowdown is likely to be falling oil and other commodity prices. These high commodity prices have hammered the balance of payments of commodity importers such as Pakistan. Despite some recent softening, the US Federal Reserve’s global price index of all commodities remains at its highest levels since it began compiling this index in 2003.

Will a US recession further sour the economic sentiment in Pakistan?

The savings would be particularly significant in our energy import bill, which accounts for approximately one-third of our total imports. A 50 per cent fall in oil prices, as has been the average peak-to-trough fall in oil prices in the four US recessions since 1990, would shave off approximately $10 billion from our annual import bill. More broadly, Pakistan’s economic prospects are more closely tied to international oil prices than any other single indicator. Aside from savings in our foreign exchange bill it would also reduce domestic energy prices and inflation and soften the burden of rising prices particularly on the lower- and middle-income classes.

Another key potential benefit for Pakistan from a US recession would be the outlook for US interest rates. Each of the four previous US recessions since 1990 has been preceded by a sharp increase in the Federal Reserve’s policy interest rate. Subsequently, in each of these cases, signs of an emerging recession have led to a significant fall in US interest rates. Thus, the earlier we get a US recession, the earlier market participants would arrive at the conclusion that the bulk of US rate rises are behind us. Historically, global rallies in risky assets have started when investors have come to conclude that the US is done with raising rates. This return of risk appetite in global markets is critical for Pakistan that needs to rely on commercial borrowing in international capital markets for meeting part of its external financing requirements. Such markets have essentially been closed to us in recent months.

Will the positive impact on our economy from falling oil prices and re-access to international capital markets more than offset the potential negative impact on exports and remittances? There are reasons to be optimistic. Pakistan is a relatively closed economy with exports barely exceeding 10pc of GDP. Thus, global recessions have less of an impact on us than on more outward-oriented economies. Also, our annual exports are typically less than half of our imports. For illustrative purposes, a 20pc fall in our exports would be more than offset by the positive impact from a 50pc fall in our energy import bill.

There are also good reasons to think that remittances may remain resilient. The Covid-19 crisis represented the largest collapse in global output since World War II. However, overseas Pakistanis’ contributions to their home country continued to grow, aided by the State Bank’s new initiatives such as Roshan Digital Account in 2020. Also, most of our remittances originate from the Middle East where economic conditions are likely to remain robust given the ample sovereign foreign exchange savings from recent sustained high oil prices.

There are, therefore, good reasons to think that our balance-of-payments may get a net boost following a US recession. Given that historically our economic crises have been driven by balance-of-payments considerations, a US economic recession will, ironically, help to bring an end to our current economic challenges. Perhaps the most important reason to focus on the silver lining amongst the current dark economic clouds is that all US recessions are followed by a sharp recovery. We should be positioning ourselves for that recovery.

While there are good reasons to be optimistic about economic sentiment in a few months, the key challenge for us is to hold the economic fort in the interim as global and local economic sentiment may worsen before it improves. This may sound easier than it is. In the past we have dropped the ball many times just as we were getting close to the finish line. The current political acrimony and related uncertainty can throw a wrench in this outlook this time around as well. Let’s hope it does not.