The meteoric rise of Bangladesh

Home The meteoric rise of Bangladesh 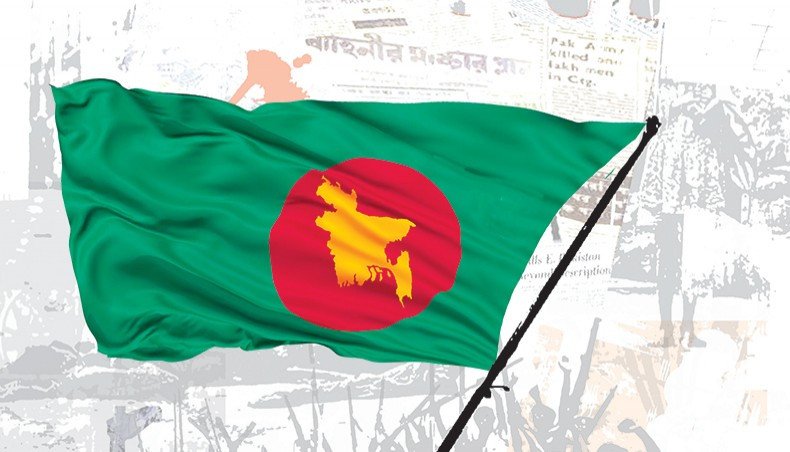 The meteoric rise of Bangladesh

By Pathik Hasan
Published in The Express Tribune, October 05, 2021

Bangladesh the former Pakistani province of East Pakistan is just completing 50 years of existence as an independent country of south East Asia. Born after a bloody civil war and then a full-fledged war between India and Pakistan it inherited a shattered economy and a completely broken infrastructure. It was described as a hopeless economic disaster by many economic experts and world leaders such as Henry Kissinger who called it a “Bottomless Basket” in 1974. Nobody believed that it could survive economically as an independent country. Today the world is both surprised and delighted to see the phoenix rising from the ashes.

Bangladesh has shown unexpected and very impressive economic development. The GDP growth rate surpassed Pakistan’s in 2006 and since then it has outperformed Pakistan every year and ,to the surprise of leading economists ,is today one of the world’s fastest growing economies. The GDP per capita of Bangladesh is close to India and exceeds that of Pakistan. It is now the leading world exporter of garments and many other sectors are fast catching up. This country is also among the top 10 remittance receiving countries of the world and receives around 18 billion dollars annually which is a great help during the pandemic. All credit to Sheikh Hasina , daughter of the founder of the nation and the Prime Minister. She has managed to keep a firm control on the growth of religious extremism and bigotry and has very adroitly managed to keep religion and state separated and has focused totally on economic development and other sectors of national policy.
Since independence Bangladesh has suffered the pangs of its bloody birth and has been through the scourge of many tragedies such as abysmal poverty, over population, floods and cyclones and a huge flood of Rohingya Muslims fleeing from Myanmar. In spite of many natural and man-made disasters and not much international assistance this young nation has also become one of the great economic success stories of the world. The garment industry is only second to China and its economy has averaged above 6% annual growth rate during the last 10 years reaching 7.86 in 2015. From a state of mass starvation in 1974 it has achieved almost total self-sufficiency in food production for a population of more than 166 million. The per capita income has nearly tripled since 2009 reaching to level of 1750 dollars in 2015 and the number of people living below the poverty line has gone down from 19% to less than 9% according to the World Bank. Bangladesh today has met the United Nations criteria for graduating from the status of “Least Developed Country” to the rank of “Developing Economy” giving a very significant boost to the national pride and self-image of the country. Today Bangladesh is on the way to become an Asian Tiger, it is moving forward relentlessly in all areas of national growth per capita income, export income, foreign exchange reserves, electricity, communications, economic and social infrastructure and all areas essential for national development.
Despite the downturn in the global economy because of the pandemic Bangladesh has managed a very impressive growth in its per capita income. In the Fiscal year 2019-2020 the per capita income of Bangladesh was 2064 US Dollars and in the year 2020-2021 this income increased to 2228 US Dollars. According to the ADP report in the year 2020-2021 and 2021-22 the growth rate is expected to be 6.8 and 7.2 percent even in the covid-19 pandemic. Today the development oriented galloping horse of Bangladesh is fast moving towards the desired goal of economic prosperity overtaking many countries in south east Asia and standing out as a role model of progress and development in the world. According to the Centre for Economic and Business Research (CIBR), a British economic research institute, Bangladesh will be the 34th largest economy by 2025, 26th by 2030 and 25th by 2035 if the current economy continues to grow and develop. Today the world economy is in the vicious grip of the Covid-19 pandemic, and the global economy is stagnant and the world’s GDP and the GDP per capita income are stable or negative, the Bangladesh economy is moving forward at a slow rate. One of the factors behind this movement is the growth of its overall export earnings, the growing inflow of foreign remittances and the positive flow of per capita national income.
The spectacular rise and economic progress of this tine country is a great surprise for the world. Economists and political leaders all over the world are simply amazed and are now monitoring this amazing progress and development strategy. Some countries are even thinking of adopting the Bangladesh model of development in their own countries. According to the US daily the Wal-Mart Journal Bangladesh’s economy is now the most “Fast Horse” in South Asia and Mike Hard a columnist for the Washington Post has written that at once South Korea was cited as an example of development but now Bangladesh has proudly occupied that place. International forum for Rights and Security, a Canada based think tank, recently published a report on Pakistan and Bangladesh. This report has clearly shown that Bangladesh is ahead of Pakistan in all areas of the economy and development. Many leading economists of the world have now advised all developing countries to adopt and follow the Bangladesh model for economic growth, progress and development. It is now expected that by 2035 Bangladesh economy will be the 25th largest economy in the world and in 2040 it will be the developed and prosperous golden Bengal as dreamt by the founding fathers “Amar Sunar Bangla”