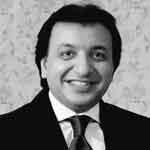 By Dr Khaqan Hassan Najeeb
Published in The News on March 23, 2021

Reform is a never-ending exercise. There is no starting point and there is no finishing line. It is a continuous process of changing for the better. We have learnt that in countries where reforms have been ongoing, the dividend has not been trivial. This is sufficient evidence to believe that continuity of economic thought matters.

Pakistan’s tryst with reform has been rather chequered. The reform effort has been eclipsed with a mix of flaws in policy design, half-hearted implementation, lukewarm political consensus and a persistent shyness to deal with vested interest. Additionally, relegating our own thinking and giving up on our ability to do the hard work has further undermined reform efforts. Expectedly, results have been less than satisfactory. Successes have been limited to a few areas. The inability to carry through reforms in crucial sectors continues, while other parts of the economic and social arena have been ignored in the reform process and fallen into decay.

Reforms have been successful when they have been based on sound context and homegrown policies and continued over an extended period. The advent of financial sector reform in the early 1990s in Pakistan was a prominent micro-economic reform. It was based on a sense of divestment. It was accompanied by liberalisation of the foreign exchange regime and interest rates policy, and a cutting of credit subsidies.

The mid-2000s witnessed a move towards some trade liberalization. This was accompanied by a continuity of financial sector privatisation and opening up of the telephony sector by stripping the monopoly of Telecommunication Corporation. Deregulation of the media in the 2000s led to the creation of dozens of new media conglomerates, expanding people’s access to information. Database digitization of maps and land records to facilitate property registration and online access by provinces and identity cards by the centre has been a worthwhile success. The Pakistan Remittance Initiative started in 2009, which I was glad to be involved in and see it carry through in later regimes. It has helped home remittances propel from a rather small amount of $7.8 billion to over $25 billion in 2021.

Supply-side reform starting in 2013 resulted in a doubling of power resources in just five years along with addition of gas supply by 20 percent. It was indeed an overwhelming task. Having supported this process, a key lesson learnt was a whole of government focus and many a times cutting through the red tape in the system facilitated in fast-tracking implementation. However, reforming the financial architecture and creating a competitive market in the energy sector remains an unfinished agenda.

On the social front, the Benazir Income Support Program started in 2009, renamed recently as Ehsaas, has seen a consistent decade-long effort. From zero beneficiaries in 2009, the coverage of unconditional cash transfers expanded to 3.78 million beneficiaries in June 2013 to 5.36 million in 2016. It currently lends support to over eight million families. In the legislative arena, a notable success has been the 18th Amendment in 2010 to empower provinces – although devolution of certain expenditures has still not seen the light of day.

The inability to carry through reforms is costing the country dearly – a missed tax potential of 26 percent of GDP or in nominal terms Rs11,847 billion for FY21. The actual tax collection is estimated at Rs4,500 billion, or 9.9 percent of GDP in FY21. This forgone revenue is a key contributor in indebting the nation. The country sadly continues to look for a consensus on General Sales Tax and Agriculture Income Tax. A fully compliant, equitable and redistributive tax transfer system eludes us for decades. A lack of tax reform has underpinned seizures of macro-economic instability.

Destructive rent-seeking and a lack of entrepreneurship by businesses has stalled productivity and wage growth. This mind-set is hard to change. The economy remains in a protective mode, masked with exemptions, tax amnesties and special treatments. The inability to fully integrate with the world economy and to achieve diversification in products keeps exports at low-value added.

Divestment of the energy, gas, petroleum, ports and aviation sectors has found little favour due to political divergence on the ideology of State Owned Enterprises (SOEs), and weak technical capacity. This results in an intolerable cost to the exchequer and low service delivery to the real owners – the citizens. A push from 2013 onwards resulted in a divestment program raising Rs173 billion including $1.1 billion from foreign investors. A code of corporate governance was put together for viable functioning of SOEs in 2013 by a few of us. In addition, we carried out crucial research work and followed through with implementing in early 2016 a new and comprehensive countrywide reform strategy to improve business climate with time-bound measures at the federal and provincial level. We pushed automation of the registration process by putting together a one-stop shop in 2016 along with scaling up Alternative Dispute Resolution mechanisms.

There have been areas of reforms with two steps forward and one-step back. Civil-service reform largely falls in this category with less of a consensus on how to move forward. Nascent regulators created on advice from the outside continue to have limited impact on the sectors they regulate. Social sector reforms for creating universal healthcare and population planning have become an elusive dream with provinces being equally responsible. A recent effort is being made to develop health insurance for all.

Some reforms remain ignored. This includes public-sector pensions, mixed use of cities, which is less understood by planners, smarter regulations and agriculture productivity reforms – the dearest omission in the things to do.

Realizing the limited success of past waves of reform, the future economic policy agenda can do better. A new wave of reform can spark greater dynamism in the private sector; and improve productivity and functioning of the supply side of the economy. We must break the inertia and come up with a game plan.

The writer is former advisor,Ministry of Finance, Government of Pakistan.