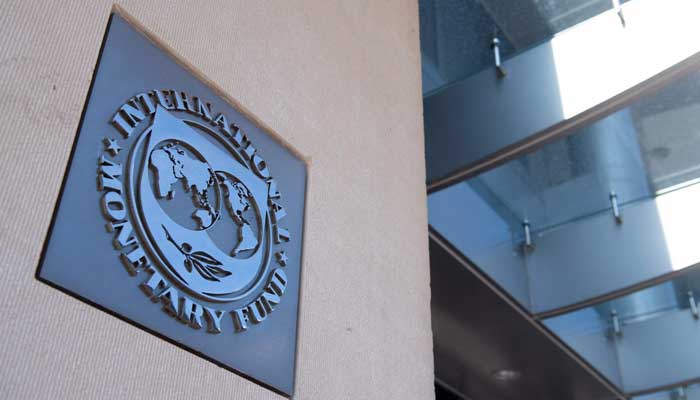 ISLAMABAD: The International Monetary Fund (IMF) has estimated that the Prime Minister’s Relief Package for slashing down petrol, diesel, and electricity prices as well as doling out of Kamyab Pakistan Program (KPP) loans would cost almost doubled amount of Rs 425 billion against official estimates of Rs 220 billion only.

On other hand, the foreign currency reserves have started depleting at supersonic speed as it nosedived by $869 million held by the State Bank of Pakistan 9SBP) just in one- week period ended on March 18, 2022. It poses serious risk for the eruption of the balance of payment crisis at a time when the country is plunged into political turmoil in the context of No Confidence Motion against Prime Minister Imran. “This yawning gap between the estimates of the IMF and Pakistani side created a stalemate like situation and both sides so far remained unable to evolve consensus for striking staff-level agreement” top official sources confirmed while talking to The News here on Thursday.

According to the estimates calculated by the IMF side and shared with Pakistani authorities showed that the petrol and diesel prices stood in the international market to the tune of $120 per barrel which according to the Fund staff, requires Rs 55 billion per month subsidy and in totality will require Rs 220 billion in four months (March-June) period of the current fiscal year. The consumption of diesel stood at 625,000 tons and MS Petrol 700,000 tons on monthly basis.

The government had calculated lower estimates since the price in the international market stood at $85 per barrel and they had estimated that it could go up to $95 per barrel. The rupee-dollar parity stood at Rs 178 against the US dollar which has now crossed Rs 181.20 against the US dollar. The electricity tariff reduction of Rs 5 per unit will have a financial impact of Rs 136 billion for four months period. The IMF has also assessed that Kamyab Pakistan Program (KPP) to cost a subsidy of Rs 69 billion in four months period of the current fiscal year.

The IMF also pointed out that the tax amnesty for the industrial sector was a persistent/continuous structural benchmark agreed by Islamabad on the occasion of the conclusion of the 6th review under the IMF program but Islamabad breached this condition blatantly so they did not know to justify it before the IMF’s Executive Board.

Ministry of Finance on Thursday issued a statement saying that sections of the media have been speculating recently about the ongoing 7th review under IMF’s Extended Fund Facility (EFF). “It is clarified that negotiations under the 7th review are continuing as planned and the two sides remain engaged regularly at a technical level through virtual meetings and data sharing” it added.

It further said that the focus of negotiations under the 7th review has been on the agreed targets between the two sides, as well as the recently announced relief and industrial promotion packages. There is a consensus that all the end-December agreed targets have been achieved, while progress on other actions mentioned in the Memorandum on Economic and Financial Policies (MEFP) for the 6th review have also been found to be satisfactory. “On the relief package, complete details, including financing options, have been shared with the IMF and a general understanding has been developed. IMF has, however, indicated the need for some further discussions on the industrial promotion package over the next few days. An understanding is expected to be developed on the said package after those discussions” the Ministry of Finance added.

Upon completion of the technical talks, the text of the Memorandum on Economic and Financial Policies (MEFP) for the 7th review will come under discussion. The Government is confident that the finalization of the MEFP would lead to the IMF Board meeting towards the end of April. The Government remains committed to completing the IMF program successfully in September, the ministry added.

This scribe contacted Dr Khaqan Najeeb, former Advisor, Ministry of Finance, said it is important for Pakistan to complete the ongoing programme with the IMF. External financing needs swelling above $ 32 billion for FY22 and SBP reserves falling by $869 million in a week to $ 14.9 billion on 18th March, require successful completion of the seventh review of the IMF program.

The talks with IMF of course besides technical issues have got overshadowed by the evolving political landscape, he added. On the technical side discussions with the IMF need handling of the breach of continuous structural benchmarks indicating that no new amnesties would be given during the program duration. The authorities have hopefully clarified that the amnesty is more of an industrial package that entails five-year tax holidays on projects with investment by Pakistani expatriates in Pakistan, he maintained.

Dr Khaqan said other areas need agreement like the commitment of raising petroleum levy by Rs 4 per month until it reaches the level of Rs 30 per liter. This is understandably difficult due to the unprecedented rise in world oil prices and it is hoped the IMF would see it leniently.

However, the recent freezing of pricing of petroleum products in the country adds a new dimension in our conversation with the IMF. The over-all amount of subsidy or the PDC needed due to oil price freeze has increased from prior estimates, as oil trades over $ 121 and rupee depreciates to Rs 181.73 to a dollar. In addition, electricity subsidy of Rs 5 and Kamyab Pakistan and Ehsaas Program interventions and Scholarships for four months add further financing needs of subsidy. If full payments from the exchequer are not made there is a risk of new circular debt building up requiring firm commitment on dividends from SOEs, cut in PSDP, provinces pitching in and FBR making Rs 6.1 trillion in FY22 are all necessary conditions to convince the Fund for the conclusion.

He said it appears that the zero-primary deficit in 2021-22, excluding grants would be unlikely and the authorities would have to give cogent reasons for the breach. In the end one has to see the new macro framework, especially on the external side with the 8 months FY22 current account at $12.3 billion near the $13.0 billion estimated by IMF for the entire FY22 in their last discussions, he concluded.