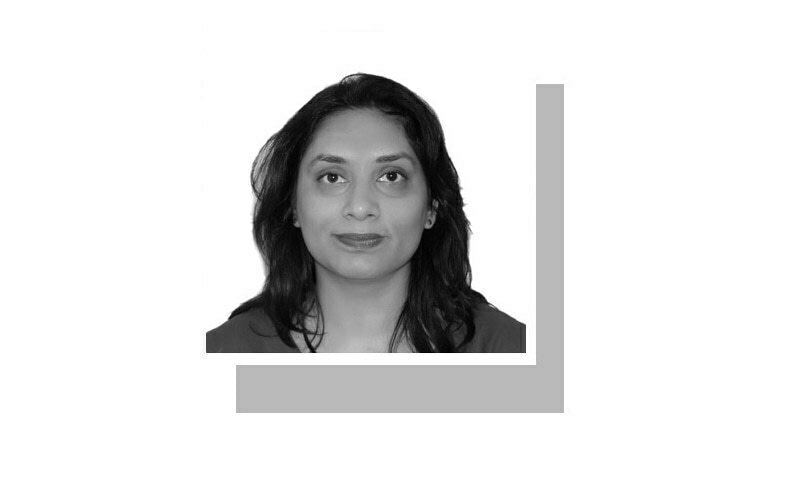 SARA Suleri, the Pakistani-born writer, academic and critic, passed away at the age of 68 on March 22 in Connecticut after a long period of ill health. She was best known in Pakistan for her memoir Meatless Days, but her importance as a pioneer in the field of colonial and postcolonial studies, with Edward Said, Homi Bhanba and Gayitri Spivak as contemporaries, is indisputable.

Born in Karachi in 1953, she lived a peripatetic life: she spent early years in London, studied in Lahore at Kinnaird College and Punjab University, and completed a PhD at Indiana University. As professor emeritus at Yale University, she taught Victorian and Romantic poetry, postcolonial literature, and literature in law. She was also a founding member of the Yale Journal of Criticism. Meatless Days and The Rhetoric of English India are considered seminal texts in postcolonial studies. Her other books include her memoir Boys Will Be Boys, about her father the journalist Z.A. Suleri, and A Tribute to Ghalib: Twenty-one Ghazals Reinterpreted, which she co-authored with Azra Raza MD.

All was done in shimmering prose.

In Meatless Days, Ms Suleri reflected on her life with her family in Lahore, her foreign-born mother, her own studies and travel to the West, and Pakistani politics. She illuminated the dark times of the Zia era with excoriating wit — she imagined Nawaz Sharif as Bobby Shafto, “fat and fair with his Model Town estate and innumerable mills of corruption”, while Ziaul Haq was “General Zulu” the “maniacal general”. She wrote with honesty on her intimate relationships with her parents and siblings, the triumphs and vagaries of her father’s career, and the repercussions they had on her family.

Rajesh Parameswaram, a thesis student of Ms. Suleri’s, reviewed Meatless Days, calling it a “heartbreaking memoir of life in Pakistan … [in which] the author renounces plot in favour of an intimate, impressionistic survey of her family’s tragic history”. Indeed, the violent deaths of her mother Mair and sister Iffat are shocking events that forced her to explore grief and loss. Yet the memoir transcends tragedy with its elegiac and expansive landscapes, its wheeling back and forth in time, exploring notions of women’s bodies being colonised by ideas of nationhood in the phrases “motherland” and “mother tongue”.

All this was done in shimmering prose and cool, distanced tones, underlaid with irony and humour and threaded with nostalgia and sadness. Ms Suleri never wrote a thing in a clichéd or ordinary way; instead of saying that her Welsh mother could not speak Urdu, she said, “Urdu was one of those illusions which cast its shadow over her, but never long enough for her to possess it.” Her penchant for elegant metaphor was unparalleled. The literary critic and Harvard professor Henry Louis Gates, Jr called her “a postcolonial Proust to Rushdie’s phantasmagorical Pynchon”.

Ms Suleri’s postcolonial literature courses pushed her students beyond standard texts, mostly the Anglophone classics that today would attract accusations of being ‘white-centred’ or hopelessly Anglocentric. Instead, she selected readings from postcolonial countries so that students could see further than the sphere of the Anglophone world. Writer Gaiutra Bahadur, another of Ms Suleri’s students, wrote on Twitter: “Your postcolonial literature course at Yale admitted me to an imaginarium that still matters. I saw myself for the first time, in the texts you chose, and they continue to influence my work.”

Her significance in the world of academics surpasses her own writing and teaching. Javed Majeed, professor of comparative literature at King’s College London, reflected on her stature as a change-maker in academia: “These days it’s rare to find an English literature or comparative literature department that doesn’t address questions of colonialism and postcolonialism. Sara Suleri’s efforts to carve out space for colonial and postcolonial studies in the Anglophone academe put the discipline on the map as a legitimate and important area of inquiry.” In her work, she created an understanding of colonialism as not just an economic and political project but a literary and cultural one.

To change the face of academia by advocating for postcolonial countries’ literature, perspectives and voices to be included in classrooms all over the world is a masterful accomplishment. For this, Henry Louis Gates paid her rich tribute: “She was a pioneer in fusing the discourses of post-structuralism with a deeply post-colonial sensibility, paving the way for an entirely new field of inquiry in literary studies, to which we all are heir.”

As for myself, I met Ms Suleri only once, when she came to the Karachi Literature Festival in 2011; she was already frail and vulnerable. Yet she struck me as strong and steely despite the infirmities and losses in her life. She reminded me most of a dark star, mysterious and glittering. May she be with her beloved Pip and mother and her sisters, at peace now.