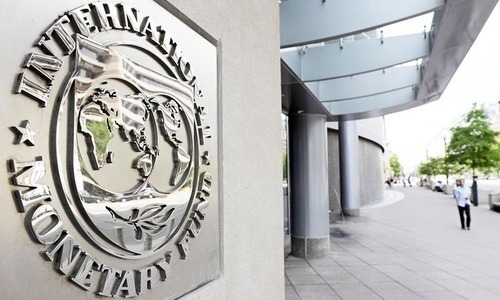 ISLAMABAD: Pakistan requires gross external financing of $51.6 billion within two-year period of the current fiscal year 2021-22 and next fiscal year 2022-23 in order to fulfill its needs.

Without striking a deal with the IMF under the existing $6 billion Extended Fund Facility (EFF) during the ongoing parleys in Washington, D.C, this massive gross external financing requirement will be at risk in the wake of suspension of program loans from other multilateral creditors such as the World Bank and Asian Development Bank. The WB and ADB will continue lending project loans but keeping in view the capacity to implement projects, the disbursement becomes dismally low. It is a matter of fact that the federal and provincial governments could jack up $2 to $3 billion disbursements from project loans if the implementation capacity of executing agency is enhanced. The credit rating agencies may further downgrade the country’s ratings, so generating funds through the issuance of international bonds will become expensive.

Despite placing very conservative estimates assessed by the IMF, Pakistan’s gross external financing requirement stands at $23.6 billion in 2021-22 and $28 billion in 2022-23. Keeping in view the yawning gross external financing requirements, Pakistani authorities are making last-ditch efforts to strike a staff-level agreement with the IMF. If the talks remained inconclusive, then it would not be good sign for the economy. Although, both sides would indicate that the talks would continue now, it should be concluded to end clouds of uncertainty over the economic horizon of the country.

In background discussion with top Pak authorities for ascertaining the reasons that had created stumbling blocks for striking staff-level agreement, they highlighted major reasons including tough conditions laid down by the IMF team and secondly a very weak team negotiated technical level talks on behalf of Pakistan for inability to evolve a consensus on Memorandum of Financial and Economic Policies (MEFP).

With regard to capacity constraints, the official said that Ministry of Commerce had projected imports to the tune of $50 billion on eve of preparation of budget for 2021-22 and Shaukat Tarin had shown his annoyance over wrong and understated estimates. Now after three months, the import bill touched around $20 billion and at the existing pace, it might touch $78 billion for the current fiscal year. If the import compression was done in letter and spirit, then the monthly import could be reduced by $1 billion from $6 billion to $5 billion, so the imports could be reduced to $65 billion. With such massive slippages, the number crunching and validation of data becomes a cumbersome exercise.