An Analysis of Female Work and Employment in Lahore, Pakistan: A qualitative study of attitudes

Home An Analysis of Female Work and Employment in Lahore, Pakistan: A qualitative study of attitudes 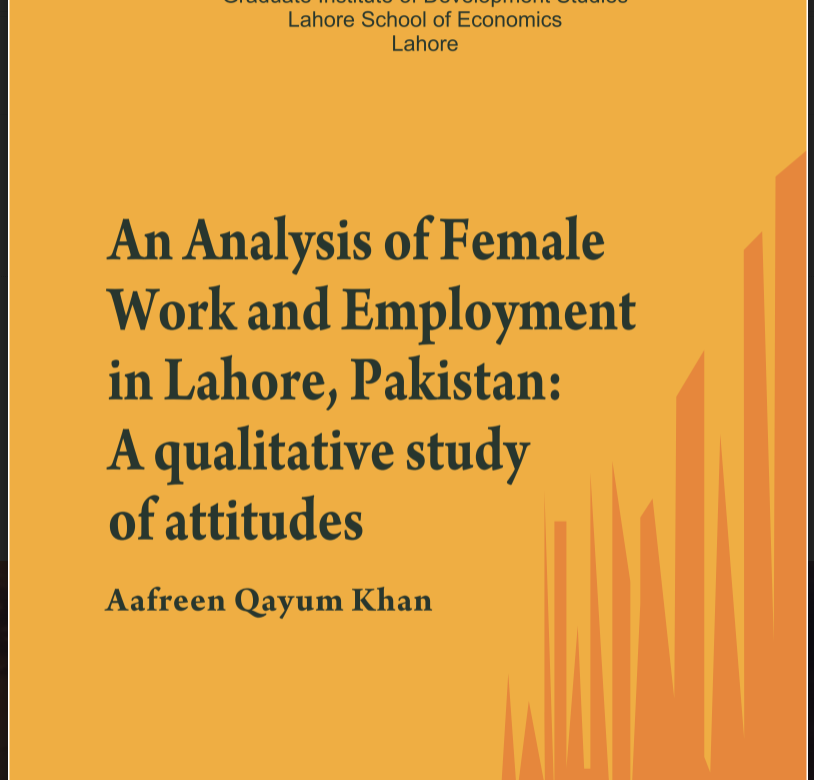 An Analysis of Female Work and Employment in Lahore, Pakistan: A qualitative study of attitudes

Pakistan, a developing country in South Asia, has been undergoing accelerated economic change. Like other countries in the region, governments are trying hard to create jobs for their increasing population and sustainability purposes. Nevertheless, women are being barred from economic sector participation as gender discrimination continues to persist, with women dominantly partaking in unpaid work. For inclusive growth and development, Pakistan needs to magnify productive employment for women and also taper the obstructions against women regarding employment (Morales et al. 2020).

The main aim of this research is to get a deeper and more sound understanding of female work and employment contingent on household attitudes, across two neighbourhoods in Lahore, Pakistan. Extensive research on women from different socio-economic groups in Pakistan, specifically within individual provinces, is lacking, even
though female empowerment and their rights are now viewed as more essential and consequential than ever before. This has been due to contemporary and recent social movements, and changes that have highlighted and shed light upon the many issues women have to face in developing countries, such as Pakistan, including in domestic spaces.
If the labour force sees an increase in the number of women, the country sees an automatic betterment in its socio-economic status. A decrease in gender inequality, advances in technology, lower birth rate and structural changes are seen as some distinct factors that help women participate in the economic sector (Greenwood et al. 2005; Fogli et al. 2002). South Asian and Latin American economies have seen a steady
rise in the employment of females in the workspace. However, it is vital to look at Pakistan as a case study as it has the second-lowest female labour-force participation rate in South Asia periods (Ejaz, 2011; World Bank, 2018).