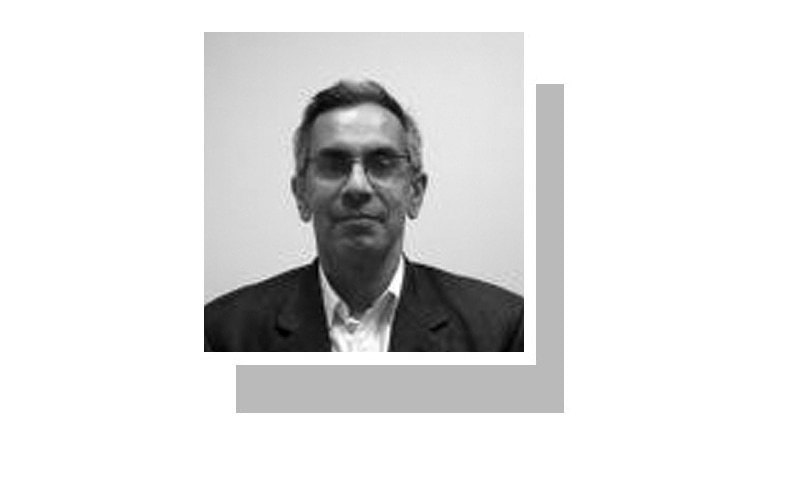 PAKISTAN has been brought to the edge of an economic catastrophe that it has not seen for decades. While the recent ‘constitutional fraud’, and the political crisis created by the now former PTI government, is a major cause, it is not the only one. The responsibility for much of the mess lies with many governments and the ruling elite of Pakistan, both military and civilian, who have failed their constituencies, their representatives and the people in whose name, and for whom, they claim to govern.

For many months now, a handful of data points notwithstanding, it was clear that Pakistan’s economy was functioning without direction, traversing on a lot of hot air. The post-Covid bump gave rise to conceit in the government, where a few statistics, unrelated to issues of economic policy or governance, were claimed as successes. The government rode on the coattails of some fortuitous circumstances, but without any clear thinking or policy direction, it ended up leveraging Pakistan’s political and economic future. The mismanagement of the last many months will now come home to haunt any government, even the most recent one if it is re-elected, for many months to come — unless it can dig the country out of the hole created over time.

Key indicators reveal the nature of the grave economic crisis which persists. While some correction in the rate of the rupee to the dollar was necessary, the loss in value by 40 per cent does not count as a correction. This is the result of the absence of an exchange rate and trade policy, and the speculation which hit the rupee is based on the complete lack of political vis­i­on, adding fuel to the extreme political uncertainty.

Similarly, while many economists have been warning about the deteriorating current account deficit, which could rise to 6pc of GDP, the PTI government was busy entertaining and celebrating overseas Pakistanis and making Pakistan attractive to them, though only on paper, while ignoring those who faced economic hardship at home. Then, there has been the excessively high inflation rate, in double digits for almost two years, a fact laughed off by the government because in their calculations, based on the absence of an understanding of basic statistics and economics, Pakistan was still cheaper than most countries. One need not go into an account of the numerous boastful promises made in 2018. Most countries would have jumped at the prospect of a high GDP growth rate which Pakistan was targeting this fiscal year, yet the government had to scale down its growth forecasts because the economy could not have coped. Such irony.

Pakistan’s economic policy has been dependent on a short-sighted operation.

The most recent roots of Pakistan’s economic crisis emerged in decisions that were not taken in August 2018. The centre of the current economic tsunami, rested in the first nine or 10 months of the previous government, made worse by the absence of leadership at the economic helm. Things only got worse as the months progressed. Ironically, Covid-19 saved the PTI government from a complete economic collapse. Had Covid not happened, given how the government was functioning the current crisis would have happened many months earlier.

While things have been made far worse by the previous government and those who managed and supported it, this is also a collective structural failure of economic policy, of both the civilian and military elites since 1999 — the decade of the 1990s has a different explanation for failure. Pakistan’s economic policy has been dependent on a short-sighted, one-window operation: beg and borrow from foreign donors. The ‘war on terror’ in Pakistan and our neighbourhood exposed what development was perceived to be — mainly real estate speculation, a vision which the previous government also deluded itself into replicating. Since that costly arrangement came to an end, all governments have relied on other countries and the IMF. Each handout has come with costlier, harsher conditionalities, whether economic or geopolitical.

Given the accumulated mess verging on collapse, who in their right mind would want to volunteer to run such a country at this juncture, especially in the short run? No matter what the game plan of both Imran Khan and the collective yet fractured incoming set-up is, what awaits them are deep traps. While politics is about egos, if any sense prevailed in any of the last thr­ee governments, they would not merely want to win the next election on their own; instead, they ought to insist on an economic policy which includes all adversaries. No government, given Pakistan’s political disequilibrium, can survive the economic storm awaiting it.

It would be foolish and opportunistic of the government which replaces the PTI to stay in power for more than a few weeks. Staying on longer, rather than announcing elections, will be a decision they will regret and which will cost them the elections. One can expect more instability and agitation over the next few weeks and no new government will be allowed to govern with a belligerent PTI in opposition. The economic crisis is so deep that drastic measures will be made, which will result in further inflation, much higher petrol and electricity rates, a dollar closer to Rs200, and a higher interest rate. The economic meltdown will continue for some time.

Imran Khan’s hubris came in the way of any communication with the opposition. He only abused his political opponents. This often came back to bite him. The one task a new government can take up is to inform all political actors and adversaries about the economic catastrophe which Pakistanis are about to face, and to make them work towards a shared consensus on economic direction. This economic catastrophe is the making of infighting in Pakistan’s ruling class. Governments will come and go, but the people who live under the burden of false promises need a better future.