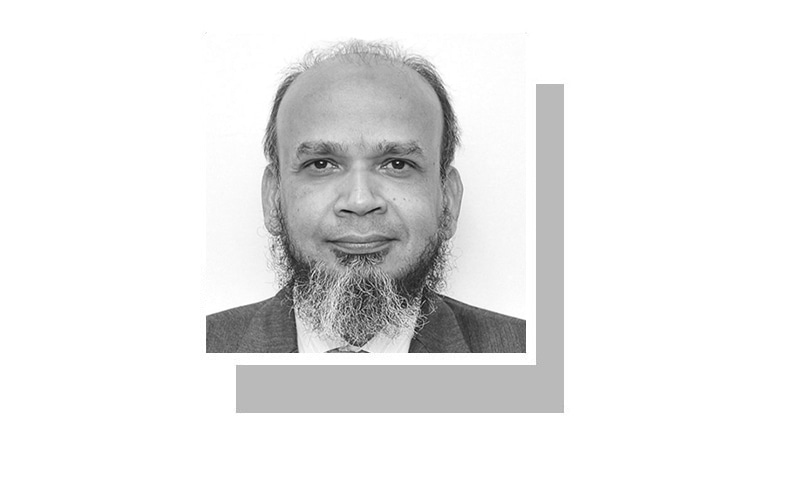 By Riaz Riazuddin
Published in DAWN on November 22, 2021

GERMAN philosopher Ludwig Feuerbach said, “We are what we eat”. Let us look at what we are from this perspective. A treasure trove of information is available in the Household Integrated Economic Survey 2018-2019 published by the Pakistan Bureau of Statistics (PBS). Our typical household spends about 36 per cent of its total monthly expenditure on food and soft drinks, and close to 1pc on tobacco and hard drinks (mostly tobacco). These shares vary across relatively poor and rich households. The lowest quintile spends about 47pc on food and soft drinks, compared to only about 28pc for the richest quintile.

As households move to upper-income brackets, the share of spending on food consumption falls. This is known as Engel’s law. Empirical proof of this relationship is visible in the falling share of food from about 48pc in 2001-02 for the average household. This is an obvious indication that the real incomes of households have risen steadily since then, and inflation has not eaten up the entire rise in nominal incomes. Inflation seldom outpaces the rise in nominal incomes.

Coming back to eating habits, our main food spending is on milk. Of the total spending on food, about 25pc was spent on milk (fresh, packed and dry) in 2018-19, up from nearly 17pc in 2001-01. This is a good sign as milk is the most nourishing of all food items. This behaviour (largest spending on milk) holds worldwide. The direct consumption of milk by our households was about seven kilograms per month, or 84kg per year. Total milk consumption per capita is much higher because we also eat ice cream, halwa, jalebi, gulab jamun and whatnot bought from the market. The milk used in them is consumed indirectly. Our total per person per year consumption of milk was 168kg in 2018-19. This has risen from about 150kg in 2000-01. It was 107kg in 1949-50 showing considerable improvement since then.

Since milk is the single largest contributor in expenditure, its contribution to inflation should be very high. Thanks to milk price behaviour, it is seldom in the news as opposed to sugar and wheat, whose price trend, besides hurting the poor is also exploited for gaining political mileage. According to PBS, milk prices have risen from Rs82.50 per litre in October 2018 to Rs104.32 in October 2021. This is a three-year rise of 26.4pc, or per annum rise of 8.1pc. Another blessing related to milk is that the year-to-year variation in its prices is much lower than that of other food items. The three-year rise in CPI is about 30pc, or an average of 9.7pc per year till last month. Clearly, milk prices have contributed to containing inflation to a single digit during this period.

Undoubtedly, ghee, cooking oil and sugar have a special place in our culture. We are familiar with Urdu idioms mentioning ghee and shakkar. Two relate to our eating habits. We greet good news by saying ‘Aap kay munh may ghee shakkar’, which literally means that may your mouth be filled with ghee and sugar. We envy the fortune of others by saying ‘Panchon oonglian ghee mei’ (all five fingers immersed in ghee, or having the best of both worlds). These sayings reflect not only our eating trends, but also the inflation burden of the rising prices of these three items — ghee, cooking oil and sugar. Recall any wedding dinner. Ghee is floating in our plates. Sometimes even the rice seems to float in a cauldron of ghee-filled biryani. Aren’t we what we eat? Our annual per capita availability of edible oil and ghee has risen from about 11kg in 2001-01 to about 15kg in 2018-19. It was only 2kg per capita in 1949-50.

The average household’s sugar expenditure is about 3.5pc of the total food expenditure. Our annual per capita sugar consumption was about 24kg in 2018-19. This is about 16 teaspoons of sugar consumed daily by each of us. The WHO-recommended daily intake of sugar is between five to 10 teaspoons — the lower the better. Shouldn’t we, therefore, be very sweet in our conversations, if not in our general behaviour? But are we? In terms of sugar we are not what we eat, notwithstanding what Feuerbach said. We are more like red chillies. Watch any prime time TV discussion programme lest you have any doubts! Feuerbach, however, correctly anticipated our bulging bellies.

Countless medical studies show that the excessive consumption of sugar and most edible oils contribute to diabetes, heart disease and obesity. But we relish it and cry like babies when the rising price of sugar pinches us. Should we be subsidising sugar and ghee, or taxing it? I think the answer is obvious. Subsidising unhealthy food is foolishness but giving cash to the poor to lessen the inflation burden makes a lot of sense. We should, perhaps, be thankful to the sugar barons who are trying their best to help us economise on our sugar consumption and promote our physical health.