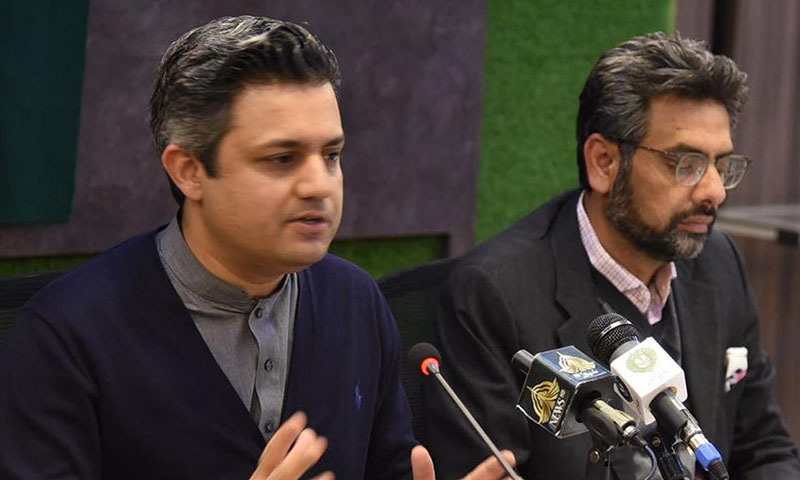 By Mubarak Zeb Khan
Published in DAWN on January 21, 2022

ISLAMABAD: The size and growth rate of Pakistan’s economy increased significantly during 2020-21, making it the second-highest economic growth recorded in the last three years of the incumbent government.

As a result of the rebasing exercise, the growth rate improved from the earlier estimate of 3.94pc to 5.4pc, while the size of the economy rose to $346.76 billion from the provisional estimate of $296 billion, according to the National Acco­unts Committee, which appro­ved these figures on Thursday. 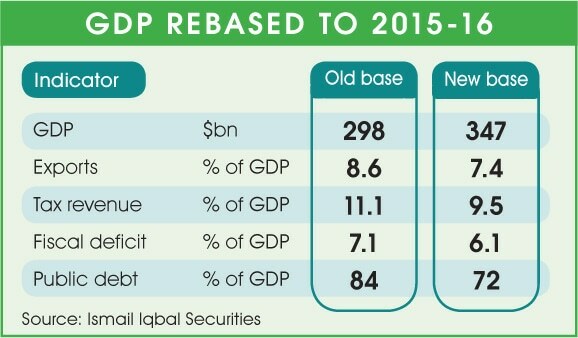 The size of the economy grew in dollar terms as the rupee strengthened against the greenback — the highest-ever increase in any year.

Growth for agriculture was reported at 3.48pc, for industry at 7.79pc and for services at 5.70pc on the basis of the rebased GDP.

The ministry of planning and the Pakistan Bureau of Statistics rebase the national accounts as well as price statistics after every five years, as both go hand in hand to capture more areas and economic activities that have taken place in the last couple of years. However, this time around the accounts and prices were rebased after 10 years.

In the absence of Finance Minister Shaukat Tarin who was in quarantine, Energy Minister Hammad Azhar told a news conference that despite various challenges, including the pandemic, all economic indicators were positive.

He claimed his government had achieved impressive growth at a lesser cost than the previous Pakistan Muslim League-Nawaz (PML-N) government.

Mr Azhar admitted that inflation was hitting the salaried class, but focused more on major earnings in the agriculture and industrial sectors. He said the government did provide subsidy to the poor, but said that his government will consider some steps to minimise the impact of inflation on the middle class.

He cabinet colleague, Minister for Planning Asad Umar took to Twitter to celebrate, tweeting: “This is the 2nd highest growth in last 14 years.”

He said the upward revision in growth figures was due to very strong industrial growth in the last quarter of the last year.

Energy Minister Azhar said that it was down to the prudent economic policies of the government that Pakistan’s circular debt had decreased by Rs130 billion annually. He said the ban on new gas connections was enforced across the country and not specific to any province. To another question, he said exporters were getting uninterrupted gas supply

Due to improved coverage and better estimation of input output structure of industries, gross value addition has increased by Rs3.1 trillion in the base year 2015-16 from Rs27.4 to Rs30.5 trillion, showing an increase of 11.3pc in the gross value added (GVA) for the base year 2015-16. This shows that in the previous base of 2005-06 economy was under estimated by 11.3pc.

With the rebasing and level shifting of the economy from Rs29.1trn to Rs32.7trn in 2015-16, the GDP at market prices increased to Rs55.5trn in 2021 while the gross national income increased to Rs59.3trn, respectively.

NAC meetings are usually held in May every year, but Thursda’s meeting was doubly significant as it reviewed and approved the rebased series from 2015-16 to 2020-21 on the prices of 2015-16.

The methodology adopted in the re-basing is in line with the 2008 System of National Accounts. From 2014-15 to 2016-17, PBS has conducted about 45 census, surveys and studies to properly capture the economic activities in the country. The results of these have already been reviewed by internal and World Bank experts.