Had negotiated much better deal with IMF in 2019, says Younus Dagha

Home Had negotiated much better deal with IMF in 2019, says Younus Dagha 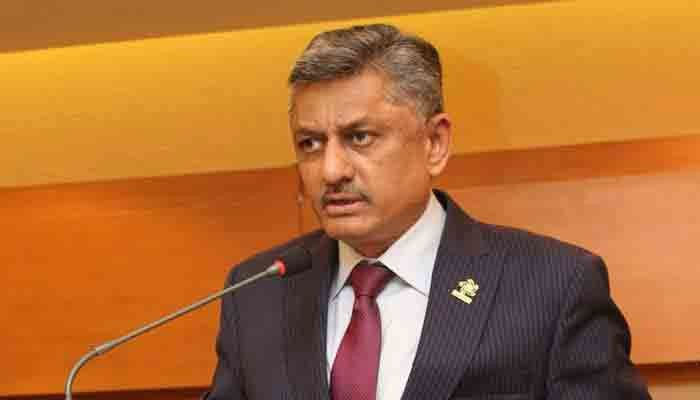 Had negotiated much better deal with IMF in 2019, says Younus Dagha

By Mehtab Haider
Published in DAWN on January 02, 2022

ISLAMABAD: While severely criticising different clauses of controversial SBP Amendment Bill 2021, former secretary Finance Younus Dagha made a startling disclosure that they had negotiated a much better deal with the IMF in Washington back in February 2019 but then everything got reversed with the replacement of the whole team.

On the State Bank of Pakistan (SBP) Amendment Bill 2021, he said that it should remain under the control of the federal government just like on the patterns of other regulators such as the National Electric Power Regulatory Authority (NEPRA) or the Oil and Gas Regulatory Authority (OGRA), however, the central bank should have functional autonomy related to devising monetary policy and running its other affairs.

In his detailed online interview with The News on Saturday, former secretary Finance Younus Dagha, who is known as one of the brilliant bureaucrats, shared some the details for the first time that how Pakistan got trapped for striking a wrong deal with the IMF and stated that the then economic team had negotiated a much better deal with the IMF backed in February 2019 whereby the Fund programme was going to be executed through smooth manner over the next three years period.

“The IMF was convinced for keeping the interest rate at 10.5 percent and the exchange rate was going to be adjusted gradually but then the whole economic team replaced and everything got reversed. Then the new economic team accepted everything which the IMF did not even ask during the earlier negotiation”, former bureaucrat Younus Dagha said.

It is relevant to mention here that the PTI-led government had replaced the whole economic team exactly at a time when the IMF staff was visiting Islamabad for finalising the $6 billion package in 2019. First of all, Asad Umar was replaced as he tendered his resignation. When the IMF staff was negotiating with Pakistan, then-Secretary Finance Younus Dagha and former governor State Bank of Pakistan Tariq Bajwa were removed unceremoniously apparently because both were resisting the IMF demands with full force.

He said that then the interest rate was jacked up to 13.25 percent while the exchange rate depreciated to Rs 165 against the dollar. These two steps, he said, brought a storm of price hikes and inflation. He reminded that at one point in time the exchange rate was brought back close to Rs 152 against the dollar but the damage was already done because it had caused hiking inflationary pressures.

He pointed out some glaring contradictory objectives in economic policy making and said that the government tabled two bills in Parliament as the SBP’s Amendment Bill envisaged the objective of the central bank to control inflation while the Finance Supplementary Bill 2021 removed GST exemptions and enhanced other taxes that would fuel inflation. There should be clarity in the objectives of policy making, he maintained.

On the SBP’s autonomy, he said that there was a need to take an impartial viewpoint as the monetary policy and financial stability required an independent central bank. He said that when the PTI came to power and decision was made to depreciate the rupee by Rs 4 against the dollar and this correction was made independently without getting advice from anyone. He cited another example that recently the minister for Finance gave a statement that the discount rate should not be increased but the State Bank of Pakistan jacked up the discount rate by 1 percent. It demonstrates that the SBP already enjoyed the required autonomy. These two episodes show that the SBP was taking decision independently.

He said that the IMF and the WB were demanding the SBP’s reforms and the central bank was granted autonomy with the passage. It was not the same SBP that could be given advice on the phone for fixing interest rates or even exchange rates. Now there is a robust banking system as the country granted required autonomy to SBP to run its affairs. “We did not remain static and moved towards reforms as the required autonomy was already granted to the SBP,” he added.

Dwelling upon different clauses of proposed SBP’s Amendment Bill 2021, he said that the government would not be able for devising its economic policy making to run monetary and fiscal policies in tandem. He said that the monetary policy would have direct impact on our fiscal policies as fiscal space got shrank if the monetary policy tightened and interest rate jacked up. It eats away Rs 100 to 200 billion so fiscal space got eroded, he maintained.

Almost two/third out of total loans from banks obtained by the federal government to finance its yawning budget deficit, he said and added that interest rates were increased to tame inflation but it actually resulted in increased inflation. The SBP should be placed under the domain of the government and Parliament, he added.

He raised another very relevant question and said that after entering into the IMF programme, Pakistan’s budget deficit escalated so what was the benefit to go into the Fund programme. He said that Pakistan was facing challenges of twin deficits, including the budget deficit and current account deficit and the country’s current account deficit reached again a level where it had started two years back while the fiscal deficit had further worsened. “How our economy got benefited from the existing IMF programme. I am unable to understand,” he added. The fiscal deficit, he said, had even touched 9 percent in these years.

He said that all other expenditures, including defense, were capped while development expenditures were reduced but the fiscal deficit continued escalating because the debt servicing ballooned mainly because the discount rates went up.

When inquired about the proposal in the SBP’s Amendment Bill to abolish Monetary and Fiscal Policies Coordination Board (MFPCB), he said that it was a very mild arrangement as the governor SBP usually did not listen as he always argued that it was the domain of Monetary Policy Committee (MPC) and it was not the forum to take such decision.

However, it was told during the MFPCB meeting that it was just a suggestion that should be placed before the MPC. Whenever the MPC was informed by the secretary of Finance, Dagha said, he said that the MPC always took its own decision. Sharing his own experience, he said that he always found that MPC always remained in the control of the governor SBP and cited an example that when the IMF got kick-started or even before the Fund programme, the interest rate was jacked up but no one in the MPC raised any objections over it where the economy and fiscal situation would be going afterward at a time when the inflation was hovering around 8 to 8.5 percent but the discount rate was increased to 13.25 percent. “The MPC should have more autonomy by removing control of the governor SBP,” he suggested. The nominations of members of MPC should be done by a third party and there should be no role of SBP’s management in this regard, he proposed.

He praised the SBP’s Amendment Bill 2021 whereby the Board of SBP and appointment of its members was proposed as the domain of the federal government and added that the functional autonomy to the SBP should be granted but it should remain in the control of the federal government. He cited examples of NEPRA and OGRA and said that the NEPRA was run independently during the last government. It should be the power of the elected government to keep SBP in its control.

He said that it was never seen that the government would be unable to approach the lender of the last resort as the central bank was considered and it would not be appropriated that the federal government could not get access to its credit, however, a limit should be imposed to ensure financial discipline. In case of restrictions on borrowing of the federal government, he said that it was resulting in cartelisation of banks to provide financing to the government by offering higher rates into treasury bills and PIBS. The zero recourse is not a good sign and it’s wrong to slap a ban on the government borrowing.

When asked why Pakistan’s negotiating team failed to convince the IMF for a good deal, he replied that the good negotiation could only be done when both sides possessed different aims and objectives. Those who negotiated our behalf possessed the same thoughts similar to the IMF so they conceded everything which the IMF demanded during the negotiations. So, the IMF programme became front-loaded and the discount rate and exchange rate adjusted massively resulting in a price hike. In the meanwhile, the exchange rate appreciated and touched Rs 152 against the dollar but the inflation had already gone up.

He was of the view that there should be a long-term thinking in policy making as abrupt changes showed inconsistent policies. He said the government provided GST incentives through Export Facilitation Scheme in 2021 but it was withdrawn within a few months now the Finance Supplementary Bill 2021. If the economic policy was run in a haphazard manner then such policy, as well as the IMF programme, would not serve any purpose, he said and concluded that consistency and sustainability are must pre-requisites for any good policy making.