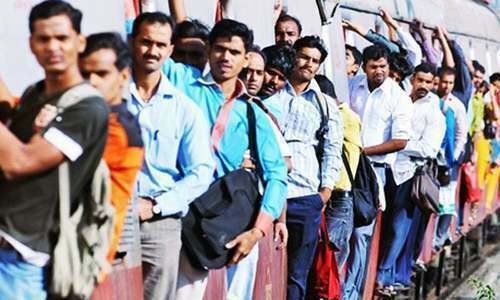 The Census of Large-Scale Manufacturing Industries — conducted after every five years — noted a substantial increase of 205pc in fixed assets of manufacturing industries in the 10-year period (2005-06 to 2015-16).

One of the reasons of sizable boost in employment number is mainly due to the increase in the coverage of industrial units. The total number of reporting establishments has increased from 8,680 industrial units in 2005-06 to 42,578 in 2015-16, highlighting an increase of 390.5pc. The maximum numbers of establishments are involved in other non-metallic mineral products, followed by textile.

The segregation at provincial level shows an increasing trend of 521.9pc in Punjab, about 191.2pc in Sindh, 348.2pc in Khyber Pakhtunkhwa, 33.6pc in Balochistan and with 0.3pc in Islamabad.

Census highlights textile sector as having the highest contribution to jobs

The Annual Compound Growth Rate (ACGR) of employment in the large-scale manufacturing Sector comes to 7.8pc. The report depicts the textile sector having highest contribution to the employment.

In this respect, other non-metallic mineral products and wearing apparel manufacturing are the second and third leading contributors.

Likewise, the values of fixed assets with manufacturing industries were increased by 205.4pc at national level from Rs1.282 trillion to Rs3.916tr while its segregation at provincial level shows an increasing trend of 192.2pc in Punjab, 285.8pc in Sindh, 63.7pc in KP, 62pc in Balochistan, and 150.9pc in Islamabad, respectively.

On the other hand, the employment cost has, however, moved from Rs153 billion in 2005-06 to Rs816bn in 2015-16. Other major indicators also depict similar trends. The industrial cost, value of production, census value added and contribution to GDP at market prices have also increased by 272pc, 252.5pc, 223.5pc and 230.7pc, respectively.

The total value of production of medium and large manufacturing industries stands at Rs11.181tr during the year 2015-16. This shows an increase of 244.7pc over the CMI 2005-06, growing annually by around of 13.2pc. The textile sector has highest value of production.

Further analysis show that contribution to GDP at producers’ prices during 2015-16 amounted to Rs3.094tr as compared to Rs1.018tr in 2005-06 showing an increase of 11.7pc per annum. The textile sector has the highest contribution of 19pc among all leading industry divisions.