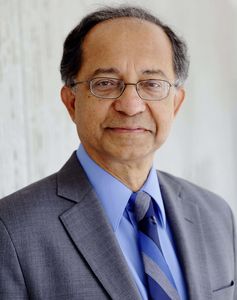 By Abhinav Singh
Published in The week on February 27, 2022

Kaushik Basu, former chief economic adviser to the government and former chief economist of the World Bank, is currently teaching at Cornell University in the US. In an exclusive interaction, he talks about the current challenges before the Indian economy and its future growth prospects. Excerpts:

Q/ Is the Indian economy moving in the right direction?

A/ The performance of the Indian economy is disappointing. It is sputtering in ways rarely seen before. We can see this from the international media. There is no longer the buzz as there once was about India’s phenomenal rise and of India as one of the growth leaders of the world. Even if you dismiss the international media as biased, though that is a dangerous path to go down, a study of the statistics pertaining to India’s economy makes it clear that the situation is worrying.

India’s growth in 2021-22 is expected to be high. The latest Economic Survey projects the growth to be 9.4 per cent. In itself this looks good. But as soon as you look at the previous year, it is clear that this is the effect of recovery from the crash of 2020-21. India’s economic crash was one of the biggest in the world. Just like climbing out of a well that you have fallen into cannot be described as mountaineering, this year’s growth cannot be described as a great economic achievement. In fact, over the two-year period, from 2020 to 2022, the annual compound growth rate of India’s national income is 0.7 per cent.

In addition to the low growth, all data coming out over the last year show that India’s unemployment is high and the level of inequality is getting worse. The World Inequality Report 2022, authored by Thomas Piketty and others, finds that India has become one of the most unequal nations in the world. An Oxfam study released earlier this year estimates that in 2021, 84 per cent of households in India saw their incomes decline.

Q/ What do you think about the high inflation?

Q/ What are the challenges the Indian economy is facing?

A/The challenge India is facing becomes obvious when you look at the growth and inflation data together. Growth, as I just said, is low but positive. However, it is almost certain that this is because the rich are becoming so much richer. From what the Oxfam study shows, the bottom 84 per cent of India is showing negative growth.

In short, India is facing an unusual situation, what I would describe as ‘gated stagflation’ whereby, the well-off are doing fine with stagflation confined to the middle and lower-middle classes. Since stagflation refers to inflation combined with negative growth in the whole nation, India is not in stagflation. But the bottom 4/5th of India is clearly caught in stagflation. This is a novel phenomenon and needs to be analysed and dissected in order to devise policy. Policy attention, at least in the immediate context, has to be directed to curing India’s crisis of gated stagflation.

Q/ What can be done to address them?

A/To understand what needs to be done, we have to go back a few years. It is true that the working classes and farmers have suffered hugely in recent times because the lockdown in 2020 was executed with no consideration of the suffering of the poor. But the overall deterioration of the economy began earlier, at least six or seven years ago.

I believe that the budget just presented by Finance Minister Nirmala Sitharaman was a commendable one. She deserves praise. But I feel bad for her because the deepening crisis of India’s economy is largely beyond the reach of the finance minister. The political atmosphere in India has become so vitiated that the most important foundation of the economy, trust and cooperation in society, has become shaky.

There is interesting, indirect evidence of this. Textbook economics tells us that one of the most important drivers of long-run growth of national income is the investment rate, that is, the fraction of the national income that is spent on investment—factories, machines, human capital, research and infrastructure. India historically did not have a high investment rate, certainly not compared with the East Asian economies.

This began to change from around 2003, when A.B. Vajpayee was the prime minister. India’s investment rate began rising then, rose steeply after 2005 and crossed the 39 per cent mark in 2007-08. India was suddenly looking like an East Asian tiger. It held roughly there till 2012-13, when the investment rate was 38.7 per cent. Thereafter, it started declining steadily and by 2019-20 it was down to just over 32 per cent.

No one fully understands why this happened and I cannot give a definite answer. Investment is one of those indicators which depends on many factors but also on trust and cooperation in society. Once trust begins to erode, you cut down on investment, holding on to your money instead. It is likely that political polarisation, the rise of sectarianism and erosion of trust have shaken this vital pillar of a nation’s economic growth.

Q/ There has been a lot of talk about a digital push and the central bank digital currency (CBDC). How far can such initiatives help the economy?

A/ I think India has done well on this front. The Reserve Bank is to be commended for recognising that digital currency is the way of the future. The whole world will go that way. I believe paper currency and coins will vanish altogether. Money will just be data stored in a massive computer and every time you buy and sell anything, the accounts in the digital data will be adjusted. This is the brave new world. You will have to go that way, but you need to do it with caution. The RBI’s plan announced last December—that it will announce an interim, basic CBDC before venturing into a full-fledged one—is the sensible way to go.

Q/ What do you think about the government’s disinvestment exercise?

A/ A certain amount of disinvestment is called for in India, and I think some of the moves are in the right direction. Air India was a huge drain on the government, and I am glad we have moved to privatise this. There is scope for doing this selectively in other sectors.

But I have three concerns. Disinvestment must not become a way to fund fiscal expenditure or hide the fiscal deficit. The price of that will ultimately be paid by the common person, because it will fuel inflation, making the problem of gated stagflation worse. The second risk is that there will be big job losses associated with this, since private corporations tend to be more capital intensive. We will need to have policies to counter this problem which is already acute in India. Finally, and this is the biggest worry, this can lead to cronyism. India has always had a propensity towards crony capitalism, but there were some safeguards.

I remember when I was the Chief Economic Advisor (CEA) to the government, Prime Minister Manmohan Singh explicitly told me that we had to be vigilant about not sliding into cronyism. It was heartening to see such explicit awareness and open acknowledgment of the risk. Cronyism has become distinctly worse in recent times. If the divestment becomes a way of selling government assets to a few favoured business groups and that too at below full price, we will be going the route of full-fledged crony capitalism which will be devastating for the common person.

Q/ Though the government is claiming that jobs are being created, many experts feel that much more needs to be done.

Once again, this draws attention to where our policy focus needs to be. It has to be on helping the poor and the middle classes with job creation and for that we need higher investment and an atmosphere where creativity and entrepreneurship flourish.

What is unfortunate is that India has deep, fundamental strengths. It has historically had excellent higher education. The remarkable achievement of Indians around the world, especially in the US and Europe, is testimony to this. It has a huge managerial and administrative talent pool.

There can be no denying that there have been policy mistakes over the last seven decades, but since 2003, India’s economy was picking up and had become a global story that observers around the world were commenting on. That has, regrettably, stalled over the past few years. We must draw on the talent in the nation and reverse course before the damage becomes too deep.