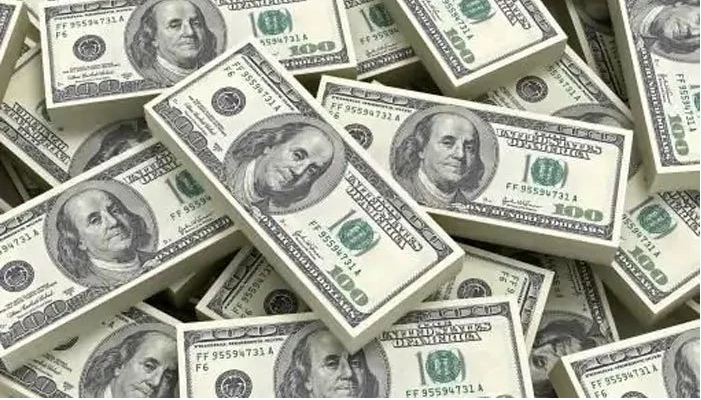 By Mehtab Haider
Published in The News on February 28, 2022

ISLAMABAD: All projections to curtail the rising current account deficit dashed to the ground in the wake of rising international prices; it is being feared that Pakistan is heading towards a historic record of $20 billion deficit mark.

In the wake of the ongoing lingering war between Russia and Ukraine, it has multiplied the worries of Pakistan’s economic managers owing to rising POL and commodities prices in the international markets.

When Pakistan Tehreek-e-Insaaf (PTI) took reins of power after winning the last general elections, it had always labeled the economy as destroyed because the current account deficit had touched $19 billion mark in 2017-18.

Pakistan’s former finance minister and renowned economist Dr. Hafeez A Pasha disclosed to The News that the current account deficit was heading towards a historic record by touching the $20 billion mark or 6 percent of Gross Domestic Product (GDP) for the current fiscal year. He said that the international prices were witnessing skyrocketing trends and now the CAD would witness more pressure with the possibility of touching a historic high. He said that the CAD had already touched the $11.6 billion mark in the first seven months of the current fiscal year and now it was projected that it might go up to unprecedented levels of $20 billion mark against $19 billion in the fiscal year 2017-18. He said that the time had come to take steps to curtail imports without wasting time. “For God’s sake, the political parties must shun their differences because the country is heading towards a serious financial crisis,” Dr Pasha appealed to the treasury and opposition benches and added that the foreign currency reserves would start depleting at supersonic speed and it might go beyond $7 billion mark as the country had witnessed in 2017-18 when the CAD had touched the $19 billion mark. He also highlighted that the increasing gap between the Pakistan Bureau of Statistics (PBS) and FBR’s PRAL data on imports showed that the price surge might be playing a role in making payments on the pretext of fear that the prices might further escalate. The official data shows that the CAD widened to $11.6 billion in the first seven months of the current fiscal year against a surplus of $1.028 billion in the same period of the last financial year 2021. The Current Account Deficit witnessed a record level of $2.6 billion in January 2022, which was the highest ever since 2008.

The official sources said that it was an official projection that the imports would start witnessing declining trends from January 2022 because the uncertainty on the economic front would disappear after the announcement and approval of the mini-budget. The SBP officials also argued that they took measures to avoid the eruption of any crisis on external accounts and things would be normalized in the second half of the current fiscal year. They had even raised questions about what would have happened if the government and the SBP had not taken policy actions.

On the one side, the current account deficit was rising sharply and, on the other hand, the IMF projected that the country’s external debt servicing requirement would be touching $18.5 billion for the current fiscal year against $11.9 billion in the last fiscal year. It is relevant to mention here that official repayments of both principal and markup were projected at $12.8 billion for the current fiscal year. The external debt repayment would be standing at $17.8 billion in line with the projections made by the IMF for the next financial year 2022-23.

When contacted, Dr. Ashfaque Hasan Khan, former Economic Adviser, Ministry of Finance and Dean NUST, on Sunday said that he was asking the government and SBP for pursuing a selective but yet aggressive policy for import compression for the last four years. He criticized the prescriptions suggested by the IMF and stated that the policy of hiking discount rate and depreciating exchange rate had failed to yield the desired results. He said that there was a need to slap a ban on certain luxury and fast-moving goods as the WTO also allowed to slap a ban on those items for a certain period if any country was facing a balance of payment crisis. He said that a complete ban be placed on import of luxury vehicles, cheese, chocolates, butter and such other items.

Dr. Khaqan Najeeb, former Director-General Economic Reform Unit (ERU) at the Ministry of Finance, said that the current account deficit at $11.5 billion in 7MFY22 has grown uncomfortably past forecasts for FY22. January saw the highest ever CAD of $2.6 billion. Based on current trends, it is likely to be north of $16 bn for FY22 or above 5pc of GDP. Certainly, it is an unsustainable level for Pakistan’s economy. He emphasized CAD remains a key cause of macro instability for a country like Pakistan with scarce foreign exchange. Pakistan’s remittances are a key source of financing the large CAD. It is noteworthy that they have declined in Jan-22 by $376 million or 15pc month on month at $2.1 bn. Total exports have also declined MOM by 17pc. On the other side, CAD has risen due to a strong import growth of 45pc YoY in January 22. Going forward, imports remain vulnerable to the rising oil price as reflected by the oil hitting $100 per barrel, and an abnormal increase in wheat price. He felt corrective measures need to be reviewed considering the geo-political realities. However, in the long run, removing structural weakness to substantially enhance the country’s exports from a meager 10pc of GDP is required. We must also keep in mind that data over the last 10 years shows that in Pakistan, there is large income elasticity of demand for imports, leading to a big increase in the trade deficit and consequently in the current account.

Dr Khaqan concluded that had CAD been around the initial estimates made by the authorities, the country’s foreign financing needs would be around $21 billion. They have now ballooned to well above $30 billion for FY22. Whereas exogenous variables like commodity prices have impacted CAD but in Pakistan’s case, the expansionary budget FY22, strong stimulus in the form of concessional financing schemes, and long-term amnesty in the real estate sector have all contributed. It may be useful to strengthen macro-forecasting, so that policy actions for stimulating the economy could have been more moderate, to begin with.

Umair Naseer, economic analyst of Topline Research, stated that after the higher-than-anticipated January Current Account Deficit, the estimate revised up to $17-19 bn on CAD for the current fiscal year. The uptick in CAD in Jan 2022 was led by a 9pc MoM increase in trade deficit, which increased to US$3.9 bn. Imports in Jan 2022 clocked in at US$6.4 bn, which was 6pc higher than the PBS reported import numbers of US$6 bn. The PBS import numbers in the last 2-years on average have been 7pc higher than the SBP numbers, which reversed this month due to a time lag in recognizing certain imports. To recall, the PBS reported imports of US$7.6 bn and US$7.9 bn in Nov and Dec 2021, which were 15-19pc higher than the SBP numbers. There is a likelihood that we may continue to see higher SBP import numbers in Feb 2022.

Outlook on oil prices would remain a key factor for Pakistan’s external account situation as oil currently contributes around 18pc of the total import bill. With every US$10/bbl increase in international oil prices, Pakistan’s import bill increases by $1.5-2 bn. The global LNG supply shortage, the default of LNG cargoes by long-term suppliers have also been exerting pressure on our oil import bill. Not only has Pakistan made spot RLNG purchases at expensive rates but its crude and petroleum products imports in volumetric terms have also increased due to the lower availability of LNG in FY22. This is likely to be much higher than the SBP projected current account deficit of 4pc of GDP on the old base (2005-06) to the tune of US$13 bn. Given the recent set of the data and outlook, we believe this will be revised upwards soon by the SBP, he concluded.