Matters with IMF ‘settled’, agreement to be signed this week, says Tarin

Home Matters with IMF ‘settled’, agreement to be signed this week, says Tarin 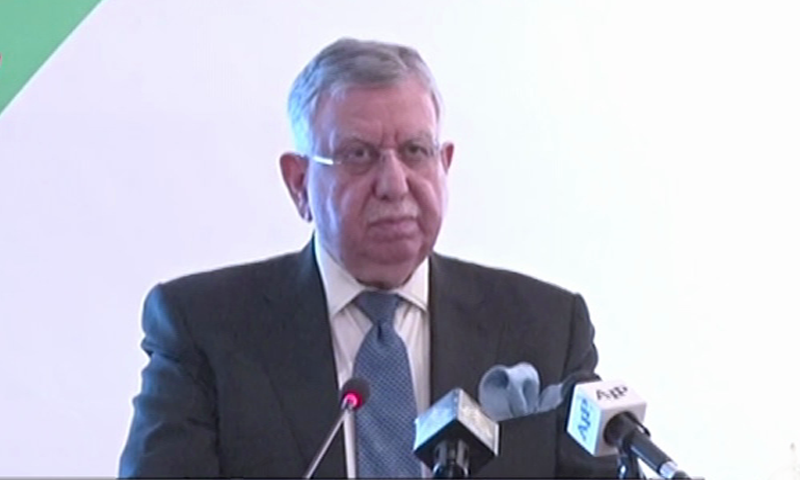 Matters with IMF ‘settled’, agreement to be signed this week, says Tarin

By Tahir Sherani
Published in DAWN on November 01, 2021

Adviser to the Prime Minister on Finance and Revenue Shaukat Tarin on Monday announced that an agreement with the International Monetary Fund (IMF) over the revival of the $6 billion Extended Fund Facility (EFF) had been reached and a formal accord will be signed later this week.

The deadlock between the Pakistan government and the IMF broke after the two sides decided to show some flexibility in their respective stances on the issue of granting autonomy to the State Bank of Pakistan (SBP).

Sources told Dawn that the IMF was not happy with Islamabad backtracking on its commitment of granting aut­o­nomy to the SBP, prompting the Washington-based lending agency to halt the resumption of a $6bn loan facility. In March 2021, Pakis­tan had reached an agreement with the Fund on granting autonomy to the central bank, which was also approved by the IMF board.

Pakistan’s economic team, led by Tarin, has had several rounds of talks with the Fund officials to apprise them of the numerical strength of the ruling Pakistan Tehreek-i-Insaf in the lower and upper houses of parliament where the Constitution will be required to be amended to grant autonomy to the SBP.

On March 9, the federal cabinet cleared a bill that was aimed at providing greater autonomy to the central bank over price control and fighting inflation. Autonomy was also linked with adopting exchange rates and monetary policy in an autonomous manner without the government’s interventions. Under the proposed law, no one will question the decisions of top officials of the SBP.

Soon after the decision, two leading opposition parties — the Pakistan Muslim League-Nawaz and the Pakistan Peoples Party — announced that they would block the passage of the bill in parliament.

Talking to the media in Islamabad today, Tarin said the matters had been settled with the IMF, however, “there is just one issue and we are seeking a legal opinion on it, while everything else is already agreed upon”.

“There are certain conditions in the IMF agreement that require constitutional amendments and such changes cannot be effected because we lack a two-thirds majority [in the parliament],” he told journalists.

When asked whether the amendments were related to the SBP, the adviser replied in the affirmative.

‘Inflation is a global issue’

Commenting on growing inflation in the country, Tarin said inflation was a global issue, adding that “the prices of commodities in the world are not in my control”.

He stressed that the supply chain was affected due to the coronavirus pandemic, adding however that the economy was now “recovering”.

In May 2019, Pakistan had reached an agreement with the IMF after months of difficult negotiations on a $6bn bailout package, called the EFF. The 39-month bailout programme is subject to regular IMF reviews of Pakistan’s economic policy and growth. The arrangement calls for reducing domestic and external imbalances, removing impediments to growth, increasing transparency, and strengthening social spending.

At a recent news briefing in Washington, Tarin had acknowledged that the IMF had suggested increasing electricity and gas prices and tax rates, but he also said that increasing tariffs without structural changes “only increases inflation and makes our industry uncompetitive”.

He had, however, conceded that Pakistan also had to see the IMF’s point of view and that he had held “some technical discussions” with IMF officials on this issue.

The IMF’s demands are based on the original agreement that Pakistan signed in 2019 to seek support for the country’s ambitious macroeconomic and structural reform agenda for the next three years.