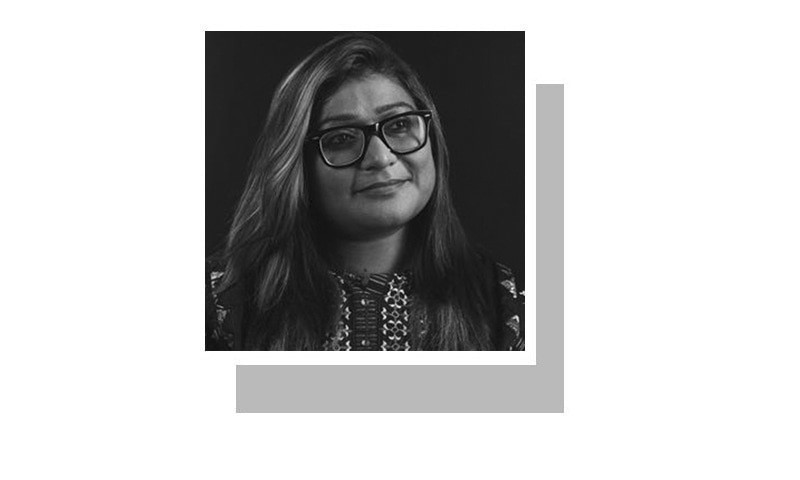 IN July 2021, the Supreme Court of Pakistan, while deciding Civil Petition No 4570/2019 (‘Nadia Naz vs President of Pakistan & Others’), acknowledged the flaws and limitations in the Protection against Harassment of Women at the Workplace Act, 2010, in great detail while penning that while the preamble of the Act promises “protection of women against harassment at workplace” when “examined as a whole, it does not live up to expectation as title and preamble of the Act suggest. In its present form, surprisingly the harassment against which a woman is provided an assurance of protection is just another piece of cosmetic legislation; it is blinkered in its application”.

It added, “The Act, 2010, rather than addressing [the] issue of harassment in all its manifestation, as noted above, in a holistic manner, is a myopic piece of legislation that focused only on a minute faction of harassment. The Act, 2010, confines or limits its application to sexualised forms, including orientation of unwanted or unwelcome behaviour, or conduct displayed by an accused person towards a victim in any organisation.” It stated further, “Giving such restri­c­ted meaning to ‘actionable’ harassment, by the legislature in its wisdom, impinges [on] the very object and purpose for which the Act, 2010, was promulgated.”

This was not the first time higher courts in the country expressed their dissatisfaction over the narrow definitions prescribed. Legal practitioners, who have been representing survivors before the offices of ombudspersons and courts over the years, have highlighted the narrow application of the law by the concerned judicial bodies as part of a clear hesitation to interpret the law in a wider scope. Ombudspersons who attempted to interpret the law broadly had their decisions eventually overturned by the higher courts by limiting the scope of jurisdictional powers prescribed by the law.

For almost a decade, lawyers, civil society actors, feminist movements and, on occasion, even ombudspersons showed concern and demanded that the 2010 law be amended in order to cater to harassment in all its manifestations. The Ministry of Human Rights under Dr Shireen Mazari took the lead in drafting amendments in light of the judgements of the higher courts as well as after many survivors reached out to the ministry when their complaints were thrown out due to the narrow scope of the law or on facing retaliation in the form of counter-defamation suits.

In the last two years, several consultations were held with the relevant stakeholders including lawyers, NGOs and members of feminist movements such as the Women’s Action Forum, during which several amendments were proposed and finalised. After detailed deliberations at the Senate Standing Committee on Human Rights session in December 2021, with the invaluable support of senators from opposition parties such as Sherry Rehman and Quratulain Marri as well, the final draft of the amendments was accepted and approached in a refreshingly non-partisan manner.

The Harassment of Women at Workplace (Amendment) Bill is a welcome and historic development for all women, men and transgender communities in the country.

The Harassment of Women at Workplace (Amendment) Bill is a welcome and historic development for all women, men and transgender communities in the country who have been facing gender discrimination at their workplace. Previously, the law was restricted to only harassment of a sexual nature; however, it has been amended to include “discrimination on the basis of gender”, whether it is sexual in nature at all, inflicted upon any man, woman or gender minority.

In terms of implementation, such changes can potentially lead to monumental shifts in not only how harassment cases are registered, dealt with and treated in the legal sphere, but more importantly, how harassment is perceived by society.

By placing broader descriptions for such persistent issues, the scope and ambit on which action can be taken against harassment in the workplace are flexible. This also makes the Act more accessible and encouraging to a range of complainants.

Additionally, while describing “hostile environment”, the amended Act now states “provided that a single incident” has the effect of “making a person uncomfortable or creating a sense of fear or panic at the workplace”, which makes it clear that one-time harassment will be considered an act of harassment without adding extra burden on the complainant to prove a pattern of harassment, while adding gender-based harassment beyond the sexual nature of the incident. The amendment further provides protections against retaliation by adding that “Filing counter-blasts suits for defamation […] are also retaliation against complainants” and empowers the ombudsperson or inquiry committees to take notice of these tactics in its proceedings.

Two other important amendments expand the definition of ‘employee’ and ‘workplace’. The former now includes freelancers, performers, artists, entertainers, sportspersons, students, domestic workers, intern trainees or apprentices working with or without pay. By including domestic workers in its ambit, the Act covers informal work environments where women are often most vulnerable to violence and exploitation. By broadening the definition of the workplace, the Act proves to be a critical amendment as it clarifies that the workplace shouldn’t be restricted to just traditional office space but all places where the activities of the organisation or employer are carried out in relation to the work — outdoor spaces, concerts, schools, studios, courts, highways, sporting facilities and events, and factories are now all recognised as spaces where harassment can (and does) happen.

Movements such as #MeToo have highlighted the gaps in the legal system and legislation in addressing the needs of victims and survivors. The amendments are a huge leap forward in responding to these criticisms, while at the same time reflecting the lived realities of survivors of harassment. After these encouraging amendments, Pakistan should also ratify ILO Convention 190 on sexual harassment at the workplace. If it takes this step, Pakistan will be the second country in all of Asia after Fiji to do so. The next challenge for the law is now implementation, incentivising and pushing organisations, both public and private, to have inquiry committees in place. The onus is also on our courts to develop nuanced and feminist jurisprudence that implements the true spirit of the law — that is to make workplaces safe and accessible for all.