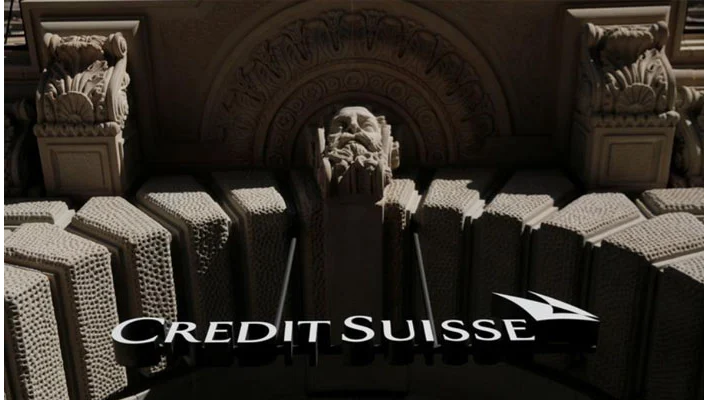 By Umar Cheema
Published in The News on February 21, 2022

ISLAMABAD: A leak from a Swiss bank has unmasked the hidden fortune of its wealthy clients in 128 countries and they range from the business individuals to politically exposed persons and those investigated, at times convicted, in connection with different criminal activities.

Included in the leak are details linked to more than 18,000 accounts and 30,000 account holders which held in excess of $100 billion at their prime in one of the world’s biggest private banks, Credit Suisse. This is not complete data of the bank which has 1.5 million private banking clients. Named as Suisse Secrets, this is the only known leak of a major Swiss bank’s client data to journalists.

A whistle blower shared this data with the German newspaper, Süddeutsche Zeitung, which coordinated the project along with the Organised Crime and Corruption Reporting Project, the world’s biggest investigative journalism organisation with its presence in all continents. In a statement, the whistleblower declared the secrecy laws of Swiss banking as immoral.

He said: “The pretext of protecting financial privacy is merely a fig leaf of covering the shameful role of Swiss banks as collaborators of tax evaders.” Credit Suisse responding to questions sent by journalists rejected the allegations and said the details uncovered by reporters are based on “selective information taken out of context, resulting in tendentious interpretations of the bank’s business conduct.” More than 160 journalists from 48 media outlets in 39 countries across the world spent months analysing bank account information leaked from Credit Suisse, Switzerland’s second-largest lender.

Many Pakistanis have also been found in the data. To be more precise, around 1,400 individuals domiciled in Pakistan are linked with around 600 accounts opened in Credit Suisse. The data also contained information of the accounts which have been closed now but remained operational in the past.

While The News will run details of some account holders in coming days, they are of diverse nature. Also included among them are individuals who are either in the past or presently under investigation of the National Accountability Bureau. There are also cases where the accused opened accounts when inquiry against them was under progress and NAB would never get wind of the matter.

Several politically exposed persons opened their accounts at a time when they were public office holders and they didn’t mention it in their assets declaration submitted to the Election Commission of Pakistan. One such individual received a substantial amount of funds in Credit Suisse at the prime of his political career. One of the richest accounts held at the bank by a Pakistani was also owned by a politically exposed person.

The data also contained details about some cases presently under probe in Pakistan where the investigators were fed wrong information about the assets under scrutiny. While many tend to believe that the fake accounts phenomenon is limited to Pakistani banks, it has emerged that Pakistanis have also used Credit Suisse for opening accounts in the names of their proxies in absence of proper due diligence of the bank.

While some accounts in the data dated back to the 1940s, more than two-thirds were opened from 2000 onward. Many of them were still open well into the last decade. News Desk adds: The client rosters of Swiss banks are among the world’s most closely guarded secrets, protecting the identities of some of the planet’s richest people and clues into how they accumulated their fortunes, the New York Times reported.

The data covers accounts that were open from the 1940s until well into the 2010s but do not cover the bank’s current operations. Among the people listed as holding amounts worth millions of dollars in Credit Suisse accounts were King Abdullah II of Jordan and the two sons of the former Egyptian strongman Hosni Mubarak.

The leak follows the so-called Panama Papers in 2016, the Paradise Papers in 2017 and the Pandora Papers last year. The new disclosures are likely to intensify legal and political scrutiny of the Swiss banking industry and, in particular, Credit Suisse. The bank is already reeling from the abrupt ousters of its two top executives.

With its ironclad bank-secrecy laws, Switzerland has long been a haven for people who are looking to hide money. In the past decade, that has made the country’s largest banks — especially its two giants, Credit Suisse and UBS — a target for the authorities in the United States and elsewhere who are trying to crack down on tax evasion, money laundering and other crimes.

In 2014, Credit Suisse pleaded guilty to conspiring to help Americans file false tax returns and agreed to pay fines, penalties and restitution totaling $2.6 billion. The bank also kept accounts open for a Zimbabwean businessman who was sanctioned by US and European authorities for his ties to the government of the country’s longtime president, Robert Mugabe. The accounts stayed open for several months after the sanctions were imposed.

The leaked bank information included many accounts linked to government officials across the Middle East and beyond. The data raises questions about how public officials and their relatives accumulated vast fortunes in a region rife with corruption.

Senior officials and their offspring from several countries that cooperated with the United States in the war on terrorism also had money stashed at Credit Suisse.