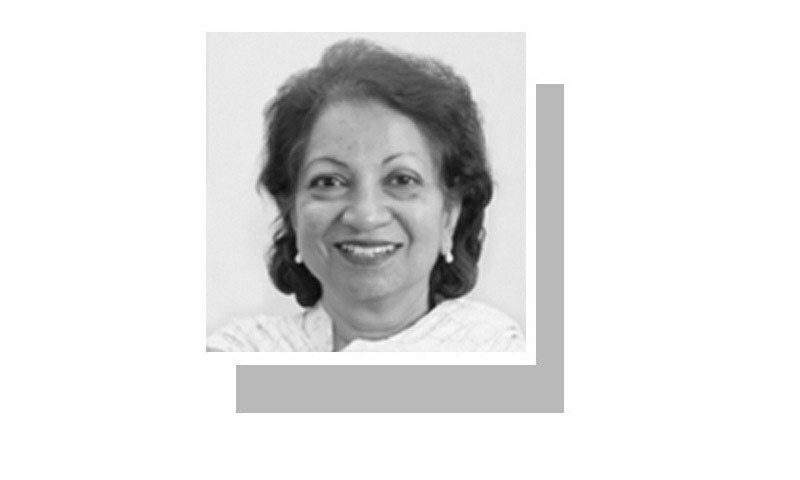 PAKISTAN’S booming population is at odds with its natural endowments. Environmental stress caused by an imbalance between rapid population growth and limited natural resources is one of the most frightening, but least discussed realities we face. Our already teetering economy — one which can barely generate the three million additional jobs it requires annually for new entrants into the labour force — faces the added threat of water and land shortages. It is a perfect storm waiting to happen — or have the clouds already burst?

Rises in temperatures associated with climate change, and a decline in rainfall, grab public attention and tend to overshadow the underlying and growing threat of the erosion of the projected size of the natural resource base, which informs Pakistan’s National Conservation Strategy, approved in 1992. Even though tackling a rapidly growing population was part of the strategy, policymakers did not foresee that population growth rates would continue at their high levels and that we would add another 120 million to the population between 1981 and 2017. We are expected to add at least another 120m by 2050.

The first alarm bell is the shrinking water base. One direct manifestation of the nature-population imbalance can be seen in the stark decline in per capita water availability from 2,150 cubic metres, or CM, to 860CM between 1980 and 2017. A few simple calculations confirm this trend will continue: the total availability of water resources in Pakistan is currently estimated at 178 billion cubic metres (BCM). At the current growth rate, our population will expand to 242m by 2025 and 290m by 2035. Unless we improve our ability to store and conserve water, per capita water availability will fall to further scarcity levels of 730CM in 2025 and 600CM in 2035.

The second glaring imbalance is in the shrinking land base for agriculture and increasing need for food production. Rural areas have been hit hardest by water shortages and there has been a decline in cultivated land per capita from 0.5 acres in 1980 to 0.2 in 2017. Another striking trend is that while 62 per cent of those working in agriculture owned land in 2005, the equivalent proportion was down to 49pc in 2020. These changes alone directly impact livelihoods, evidenced by the shrinking size of agriculture as a source of income.

Across Pakistan, climate and population pressures will eventually lead to shortages in food.

Rural to urban migration is an immediate outcome of rural stress caused by dwindling natural resources, shrinking economic opportunities and a sharp increase in the numbers seeking work. Migration induced by decreasing agricultural opportunities and the attraction of selling rural land in response to population pressures is an adaptation strategy. However, carefully deliberated policy is required to reduce the stress on cities and towns that were not originally planned for this level of population increase. Improved public service delivery in smaller cities to reduce migratory stress on large urban centres is most definitely required.

There has been greater urban population growth than rural, which is increasing environmental challenges and causing shortages in urban areas. Rapid urban growth was a result of high urban fertility rates and rapid rural-to-urban migration until the late 1980s, when urban fertility rates finally began to decline. As a result, the rates of urban growth in 1951–1972 were close to 5pc per annum at their peak, compared to rural rates of 3.5pc. Urban growth rates have fallen since 1981, but continue to be more than 1pc to 2pc higher than rural areas due to internal migration. The urban population has already risen from 24m to 76m between 1980 and 2017 and will surpass the rural population by 2045.

Population growth is leading to massive overcrowding, high population densities and shortage of land to build upon because of the pressures of additional demand for housing. The number of housing units in urban areas has gone up from 3.6m to 12m units between 1980 and 2017. The quadrupling of housing demand is leading to steep rises in real estate costs and conversion of rural and zoned areas to housing projects.

Projecting forward to 2050, we expect 100m more Pakistanis to be living in urban areas even if there is a moderate decline in family size in the cities. But high population densities and pressures on already overstretched city municipal limits will continue to overload limited facilities, especially water for domestic use and sanitation.

Across Pakistan, climate and population pressures will eventually lead to shortages in food due to the negative impact on our ecology and biodiversity, and possibly also livelihoods, thereby exacerbating inequalities. Already better off regions like the irrigated plains of Punjab and Khyber Pakhtunkhwa will build resilience against climate vagaries, while poorer desert and rain-fed regions in rural Sindh and Balochistan will succumb to pressures. Rising inequalities can lead to huge regional frictions based on the ever-increasing competition for largely limited resources and livelihood opportunities. The prospect of escalating water disputes is inevitable.

Can Pakistan break this cycle, following the example of several other countries in this region where breakthroughs of science, adaptation in agriculture, energy usage and governance, and economic adaptation took over? Importantly, most, if not all of them, did not also have to contend with the pernicious effect of high population growth rates. The lowering of population growth rates, which is a glaringly neglected national priority, would greatly relieve these pressures and mitigate economic and political threats.

The issue requires immediate policy attention and financing for the implementation of the 2018 Council of Common Interests-endorsed Plan of Action to tackle rapid population growth. The new national narrative on population, which has been approved by religious, political, and civil society leaders, supports maintaining a balance between resources and population numbers. What can be more critical than the need to emphasise the deleterious effects of a large, uncontrollably growing population, which is completely at odds with the natural resources we have?