SIR — Save, implement and review

Home SIR — Save, implement and review 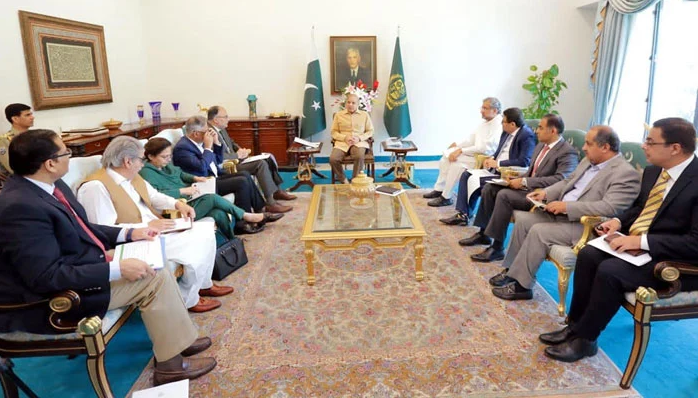 SIR — Save, implement and review

The new coalition government has assumed power at a time of deep external and internal economic difficulties in the midst of a highly-polarized polity and society.

The immediate temptation would be to distance itself from what the previous government had done and formulate a brand new package of initiatives. Unfortunately, this tradition is to be broken as it has always proved counterproductive and instead of remedying, it only aggravates the economic situation.

For them, continuity, predictability and consistency are what they are looking for. The Indian economy took off when BJP government under Vajpayee continued with the reforms introduced by Congress Prime Minister Narasimha Rao.

Bangladesh’s economic policies were never interrupted even when the two Begums were fighting fierce political battles. This experience from our neighbouring countries should enlighten us. Indulging as usual in blame games, point-scoring and fault-finding, the staples of our conversations, so far, only vitiates the atmosphere and arouses anxiety rather than calmness.

The Prime Minister may consult his coalition partners, discuss threadbare and develop a consensus on the measures required and then announce them publicly with given deadlines. This sense of direction would usher in some semblance of confidence. External advice from economic or business advisory councils is not what is needed at present as the diagnosis of the problems and their likely solutions are well known, documented and have been repeated ad infinitum. Political will to take timely decisions, however, unpopular they may be, is what is required. Every decision involves a trade off and only elected politicians are capable of making the choices as they have the skin in the game.

This article is an attempt to outline in a dispassionate manner the measures that require immediate attention of the new government. It is divided in three parts (a) Save and continue the good work already initiated by the past governments (b) Implement the decisions that have been approved and realise the payoffs and (c) Review policies, programmes etc. to adjust, alter, discard or fine tune them. As CPEC would be placed on an accelerator by the new Prime Minister, it has not been included in this list.

(i) Negotiations with the IMF should be resumed immediately to bring the ongoing review to successful completion. This would release funds from the World Bank, ADB, IsDB, etc. and ease the pressure on foreign exchange market as the uncertainty about meeting the huge external finance requirements is reduced.

(ii) Market determined exchange rate, moving in both directions, should remain in place. The SBP should intervene only to contain volatility but not to defend a predetermined exchange rate target. Such a defence would deplete the foreign exchange reserves and signs of depletion would put pressure on the parity rate as the speculators step in the market.

(iii) Broadening the tax net through automation, computerisation, digitisation, integrating third party data bases with FBR data bases and use of data analytics had some positive results and these efforts should persist. This would minimise the interaction between taxpayers and tax collectors and misuse of discretionary powers by the latter.

(iv) Subsidies and conditional cash transfers to the poor should continue to be targeted through the Benazir Income Support Programme which was conceived by the PPP, continued and supported by PMLN and further strengthened by PTI under the umbrella of Ehsaas. This is the finest example of cross-party consensus which had the positive effect of reaching out assistance to the deserving poor segments of the population. The National Socio Economic Registry (NSER) has just been updated and should be used for targeted subsidies for electricity, fertilizers, food, etc.

(v) Sehat Cards: All the major political parties started Sehat Card schemes in some form or the other. An effective tool for providing access to healthcare facilities to the poor and the low middle income groups, these cards should be limited to targeted groups selected through NSER cut off scores. Actuarial calculations to determine the sustainable premium level should be carried out so there is only a manageable burden on public finances.

(vi) Kamyab Pakistan Programme is in its infancy stages but its ultimate goal is to provide financing to small farmers, micro and small enterprises and low cost housing — the sectors neglected by the commercial banks — is commendable. The PMLN and PPP had also launched variants of this programme in the past and therefore, if implemented rightly, this programme can make a huge difference to the lives of these segments of the population.

(vii) Export Promotion Incentives: As a result of currency adjustment, export financing, regionally competitive energy pricing, exports are growing at a rate of 25 percent this year. These incentives should not be altered or disturbed as the pricing structure quoted by our exporters is based on these calculuses. It is only through consistently higher export earnings that we would be able to contain our trade imbalances.

(viii) Pakistan Regulatory Modernisation Initiative (PMRI) and National Single Window (NSW) have reached an advanced stage in their ultimate goal of single portals which would make a huge difference to the private businesses and international trade in term of time, hassle, paper chase, illicit payments and costs. These initiatives would cut down unnecessary rules and regulations, NOCs and permits etc.

(ix) Ongoing PSDP and ADP projects, including those under Public Private Partnerships, should be given the requisite allocations so they are completed on schedule without any cost overruns and the benefits start accruing to the economy. Particular attention should be given to the Agriculture Transformation Plan in coordination with the provinces.

(x) The present process of merit based open competitive selection of CEOs and MDs of public sector corporations and institutions should remain in place,

(i) A comprehensive report identifying every single of the 85 commercial state-owned enterprises (SOEs) for retention, restructuring, liquidation, privatisation of assets, capital market placements, corporatisation, management contracts with the private sector has been approved by the cabinet, endorsed by the IMF and the World Bank. This report needs expeditious implementation particularly those for the PIA, Steel Mills, Railways, NHA, five DISCOs which account for 89 percent of the cumulative loses of the SOEs.

(ii) Competitive Trading Bilateral Contracts Mechanism (CTBCM) is stuck because of the disagreements between the regulator and the ministry on the quantum of wheeling charges. The resolution of this problem would introduce competition in energy market and help the consumers in realistic pricing and ease the fiscal burden on the government

(iii) Circular Debt Restructuring Plan for power sector to reduce the inflows can only be effective if each of the component – unfunded subsidies, agriculture tubewells, T&D losses, recoveries, renegotiated deals with the IPPs and the transfer of management of five loss-making DISCOs to private management – is put in place at the same time.

(iv) An effective local government system in which directly elected mayors/nazims and the councils enjoying full devolution of powers, all development authorities and relevant departments under their control and adequate financial resources would improve the access of the common citizens to basic public goods and services that affect their daily lives.

(v) Weighted Average Cost of Gas Bill has been approved and would make the pricing of gas more realistic by removing distortions and discrimination under the present pricing system.

(vi) Two RLNG plants at Port Qasim that are to be operated by the private sector have been delayed for too long and should be commissioned expeditiously as they do not carry any guaranteed offtake from the government.

(vii) The modalities of the recently concluded agreement on the revival of Reko Diq should be sorted out to enable exports of Copper and Gold and the neighbouring zones should be put to auction.

(viii) A number of reforms in the Civil Services, Restructuring of the Federal Government, E-Governance, Public Financial Management, Auditor General of Pakistan, Civil Aviation Authority, Evacuee Property Trust Board and Capital Development Authority have been approved but the progress in implementation is slow. Similar reforms are required in the provinces.

(i) Pass through the petroleum and diesel prices to the consumers as across the board subsidies do not conserve the use and are going to widen the fiscal deficit resulting in extra borrowing and growing indebtedness. Target the subsidies if any or a transitory or limited period through NSER.

(ii) Electricity Fuel adjustment should be done on time by Nepra without any intervention by the ministry of energy.

(iv) The matter of transfer of Karachi Electric to Shanghai Electric remains unresolved after the passage of four years and a huge inflow of FDI is stuck unaddressed.

(v) Provincial taxes, including GST on Service, contribute only 1 percent of GDP to the total tax pool. Revision of rates and better recovery of agriculture income tax, abiana and revaluation of property tax and cadastral surveys can easily double the revenue of the provincial and local governments.

(vii) Refinery policy which has been shuttling back and forth should be finalised so that we can substitute imported products by locally refined ones by establishing modern refineries.

(viii) Taxes on laptops, computers, IT products and devices, telecom services should be rationalised and gradually reduced so that the benefits of digital economy are widely diffused.