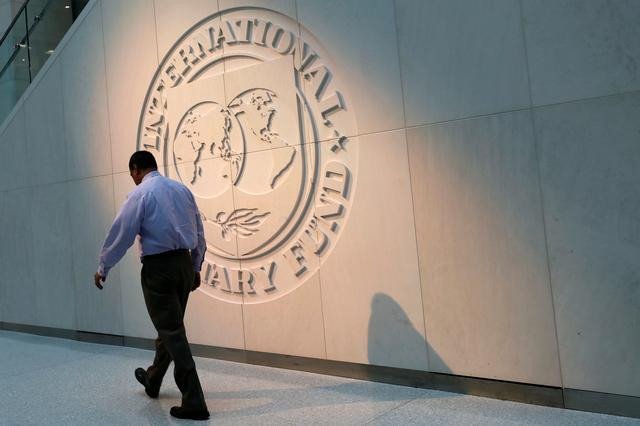 By Shahbaz Rana
Published in The Express Tribune on June 01, 2022

ISLAMABAD: The International Monetary Fund (IMF) has said that “Pakistan needs to take wide-ranging steps to repair macroeconomic stability”, indicating that the revival of the programme would not be a cakewalk despite the government’s decision to increase fuel prices by 25%.

The statement by Esther Pervez, the Resident Representative of the IMF, comes amid a delay in the withdrawal of the Rs5 per unit power subsidy and further removal of fuel subsidies.

“The set of policies and reforms to repair macroeconomic stability is wide-ranging,” said Perez while responding to a question sent by The Express Tribune last week.

She singled out the withdrawal of fuel and energy subsidies and the fiscal year 2022-23 budget as areas that need to be addressed for “repairing” the damaged economy and achieving the Extended Fund Facility (EFF) programme objectives.

“Implementing a package of comprehensive actions, including the removal of fuel and energy subsidies and the FY2023 budget, will be important to achieve the programme objectives,” said Perez.

The Express Tribune had requested the IMF country head to comment whether a staff-level agreement could be reached by June 12 after Pakistan increased the fuel prices in the range of 20% to 25.4%.

After increasing petrol prices by Rs30 per liter last Wednesday, the per liter subsidy on petrol had come down to Rs17. An official of the finance ministry said that the subsidy amount has again jumped to Rs44 per liter for keeping the prices unchanged from June 1.

Finance Minister Miftah Ismail had assured Prime Minister Shehbaz Sharif that after increasing the fuel prices by Rs30 per liter, it will literally take hours to conclude the staff-level deal with the IMF. Ismail hoped to finalise the agreement in June, preferably around the time the next budget would be presented on June 10.

However, the IMF statement suggests that the agreement may not be reached until Pakistan takes other steps, including reaching a consensus with the IMF on the next fiscal year’s tax proposals and the budget framework.

The sources said that the IMF was seeking withdrawal of Rs5 per unit electricity subsidy, which former prime minister Imran Khan gave for four months. Pakistan was also required to increase the electricity prices on account of annual base tariff.

The Ministry of Finance has informed the Power Division that it was ready to provide around Rs740 billion in electricity subsidies for the next fiscal year. The amount is roughly Rs110 billion higher than this fiscal year.

The sources said that the Petroleum Division on Tuesday suggested fixing the uniform gas tariffs of around Rs2,100 per mmbtu by bringing the rates of south and north regions at par. The step is aimed at ensuring the financial viability of the Sui Southern Gas Company Limited and the Sui Northern Gas Pipelines Limited.

However, Finance Minister Miftah Ismail did not accept the proposal. Currently, the south region gets the indigenous gas that is cheaper while the north zone’s requirements are mostly met through imports, which requires huge subsidies.

Esther termed recent discussions with Pakistan “very constructive”, saying the dialogue continued with the Pakistani authorities. Pakistan and the IMF had met in Doha, Qatar, from May 18th to 25th, but did not reach a staff level agreement.

“The discussions with the Pakistani authorities aimed at reaching an agreement to enable the conclusion of the pending seventh review under the 2019 Extended Fund Facility (EFF) are ongoing and remain very constructive”, she added.

Sources told The Express Tribune that during the inconclusive Doha talks, the government had proposed the budget deficit target for the next fiscal year at Rs3.77 trillion, or 4.8% of gross domestic product (GDP).

The primary deficit target, excluding interest payments, had been proposed at 0.5% of GDP, or less than Rs400 billion, for the next fiscal year, they added.

However, the IMF did not accept both the numbers, terming the 4.8% budget deficit projection at the lower end in the absence of concrete measures. It demanded that Pakistan should meet its commitment and generate a primary budget surplus instead of proposing the primary deficit target, they added.

The agreement on fiscal framework was critical to revive the IMF programme.

Pakistan had informed the IMF that any budget made on the assumption of achieving the primary budget balance would be unrealistic and would result in starting the new fiscal year on a wrong footing, said the sources.

Under the 2019 Extended Fund Facility, the IMF’s key goal is the primary budget target, which in present circumstances can only be achieved through a combination of development expenditure cuts and enhancing revenue collection.

Another programme objective is continued implementation of market based exchange rate. The rupee is now trading at its one of the lowest value of Rs198.5 to a dollar.