Shadow economy accounts for 40% of GDP 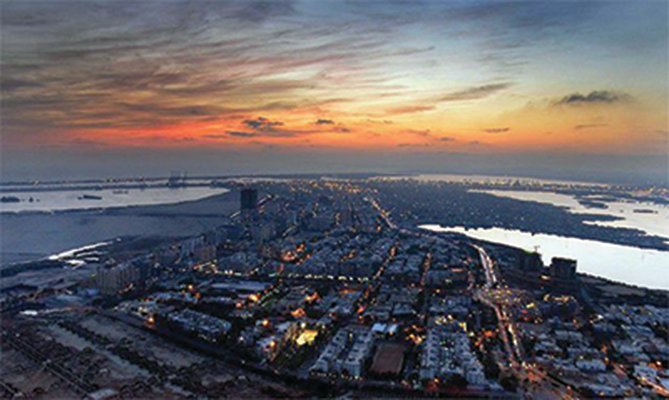 Shadow economy accounts for 40% of GDP

By Shahram Haq
Published in The Express Tribune on June 02, 2022

LAHORE: Pakistan is facing tough economic challenges and its key concerns are the external deficit and the mounting debt, which are pushing the country towards a deep financial crisis.

A major task for the government is to stabilise the dwindling foreign exchange reserves as well as provide resources for development work and ensure relief to the people reeling from the runaway inflation.

According to industry executives, by repairing the damage done to the economy by illegal trade and smuggling, the government can provide resources for managing the deficit without increasing the debt burden.

Many foreign institutions have issued comprehensive reports on the economic losses caused by the illegal trade, tax evasion and smuggling in Pakistan.

A global research report of Ipsos on tax evasion stated that the shadow economy in Pakistan accounted for about 40% of gross domestic product (GDP) and about 6% of GDP was being stolen every year.

This is a significant amount that can be used to improve the living standards of people by developing the economy on a sound footing.

The volume of goods smuggled into Pakistan increased nearly threefold from 2014 to 2018. The smuggled goods have penetrated several sectors of the economy.

Alarmingly, the law enforcement and regulatory bodies have only been able to seize 5% of the smuggled goods.

“In the current scenario, Pakistan could not afford a massive spending of foreign exchange in the form of imports or smuggling,” he remarked.

Khan pointed out that the annual consumption of tyres in Pakistan was estimated at 14 million units, of which around 15-18% is met by domestic production, more than 50% by smuggled tyres and 35% by legal imports.

He called on the government to provide a better business environment to improve the competitiveness of domestic industries and meet the challenges by increasing investment and employment opportunities.

National Foods CEO Abrar Hasan, while endorsing Khan’s views, stated that fake consumer goods such as spices and other such items were posing a threat to the fast moving consumer goods (FMCG) market and denting the revenues at the same time.

“We as a company is also facing this problem as a large part of the population settled in sub-urban and rural parts is having uncontrolled supply of counterfeit consumer products,” he said.

“We have voiced concern many a time, asking the authorities concerned and regulators to develop a stringent anti-counterfeit strategy to effectively curb this menace.”

Similarly, the cigarette industry has been pushing for the equal application of laws and policies to all manufacturers to prevent illicit trade.