2021 — the year when Pakistani startups saw an unprecedented growth spurt

2021 — the year when Pakistani startups saw an unprecedented growth spurt

By Mutaher Khan | Natasha Uderani
Published in DAWN on January 03, 2022

The year 2021 was when Pakistani startups finally joined the big league, collectively raising a record $365.87 million, which was not only 450 per cent higher than the $66.44m raised in 2020 but also more than the amount raised in all previous years combined. The number of deals also jumped to 82 from 49 the year before, witnessing a surge of 67pc.

This was helped by some large rounds, most notably Airlift’s whopping $85m Series B. But beyond that, the average ticket size shot up to $5.30m this year from $1.36m in 2020. 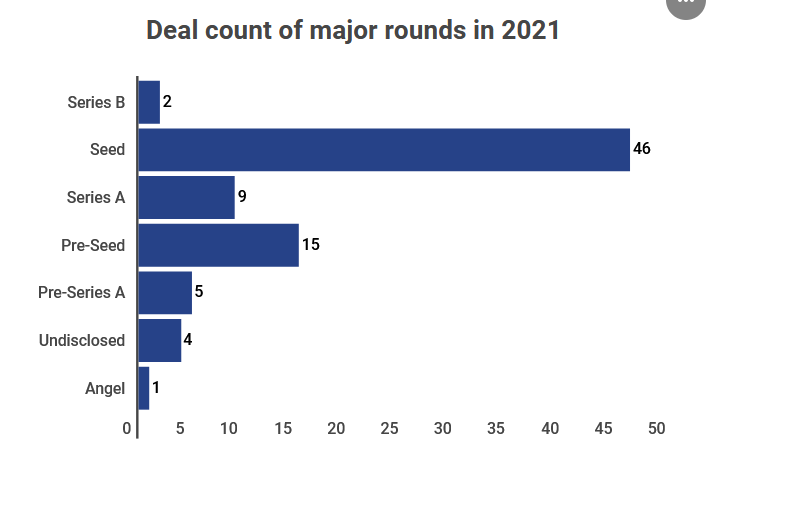 Despite the surge in capital amid growing ticket sizes, most of the activity was concentrated in the early stages as seed deals accounted for the lion’s share at 46, followed by 15 in pre-seed rounds and nine Series A. Meanwhile, only two Series B rounds were recorded.

Sector-wise, e-commerce dominated the fundraising landscape, raking in $174.6m across 20 deals. However, almost half of the capital came from a single startup — Airlift. 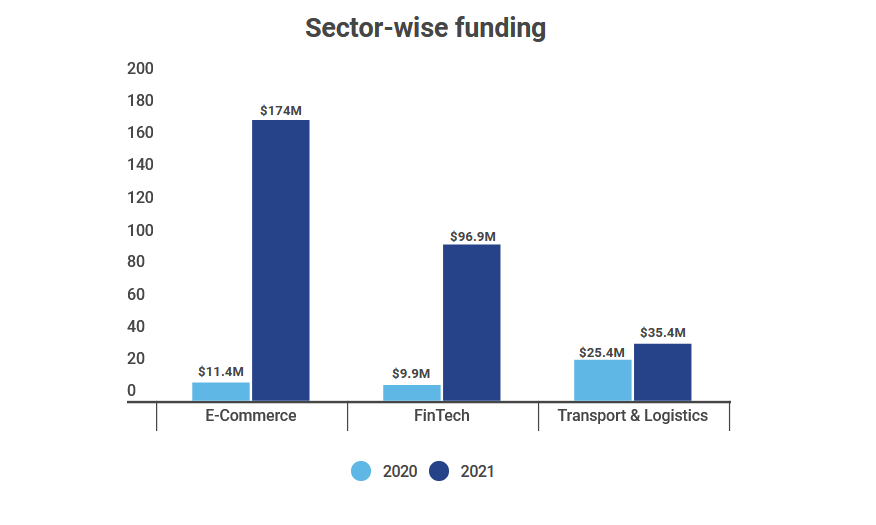 On the other hand, fintech for the first time led in terms of deal count (24), raising almost $97m. This was mostly spread out across payments, credit/lending and ledger space. Meanwhile, the transportation and logistics industry slipped to third place with eight deals and $35.4m.

Starting from 2020, there has also been a growing trend of Pakistani startups trying to streamline the kiryana ecosystem — a phenomenon carried into 2021. From B2B marketplaces to ledger apps, there were at least 11 deals within the broader DukanTech — which primarily spreads across fintech and e-commerce sectors — amassing over $87m. 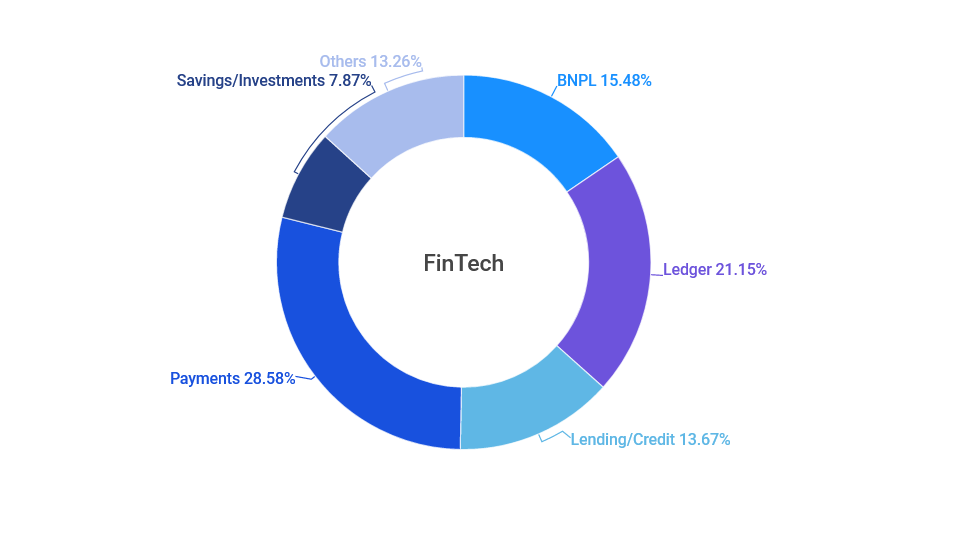 Another sign of healthy activity was the growing number of startups raising multiple rounds in a single year, as 2021 recorded eight such instances. This included Bazaar, Creditbook, Abhi and TAG raising capital at two different stages while Truck It In, PostEx and Taazah went for extension rounds. 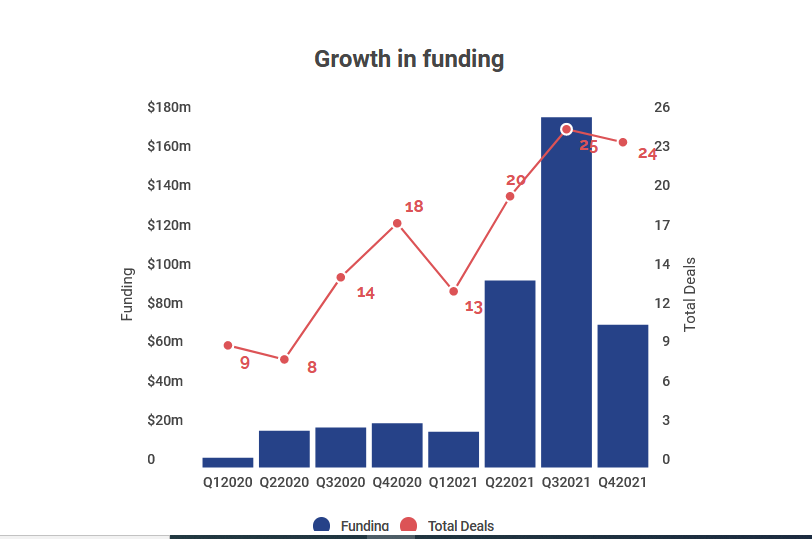 But, more capital pouring into the ecosystem doesn’t necessarily mean it’s becoming accessible for everyone to raise funds. For example, women-led startups managed to raise only a little over $4m across three deals versus $250.8m million raised by male-led companies. The rest of $111m (13 deals) went to startups co-founded by mixed-gender teams.

Similarly, having foreign education also seemed to pay dividends as startups with founding teams having at least one international degree accounted for almost 87pc of the dollar value ($317.3m) during the year, well in line with the 2020 trends.

The year 2021 saw some of the most notable investors making their foray into the Pakistani market, including Tiger Global, Kleiner Perkins, Global Founders Capital, and Stripe, and leading a number of rounds. It was these foreigners that helped pump the deal sizes. This is evident by the fact that of 49 deals, each of which was worth over $1m, international firms were the sole leads in 27 and co-led with local investors in another 11. This is merely a function of the small size of investment vehicles raised by Pakistan-based venture capitalists, which is increasingly falling short of the capital requirements of some startups.